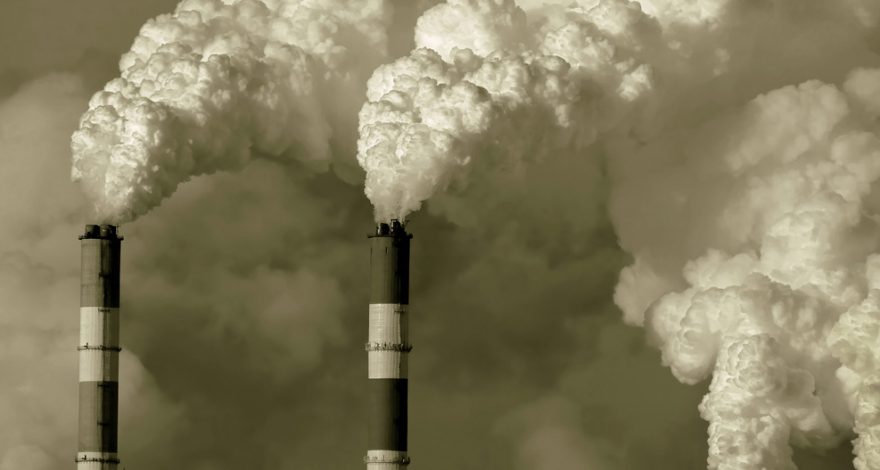 When President Trump announced in June that the U.S. would withdraw from the Paris climate accord, the disappointment at the headquarters of Portland General Electric (PGE) was undeniable. But the utility’s response hardly suggested discouragement.

Supplier of energy to major companies in Oregon’s so-called Silicon Forest, PGE joined with more than 1,400 other businesses, professional associations, institutions of higher learning, states and cities to sign a “We Are Still In” statement, reaffirming their commitment to meet greenhouse gas targets established in Paris.

“We were among the first energy companies, and certainly one of the first utilities, to advocate for federal climate legislation, and we were very supportive of President Obama’s participation in the Paris talks,” says Sania (Sunny) Radcliffe, PGE’s director of government affairs and environmental policy. “So of course we were going to show that our commitment to reduce greenhouse gas emissions had not changed. We were determined to pursue these goals regardless of the fact that the administration was pulling out.”

By signing the “We Are Still In’ statement,” PGE was “really just re-affirming a commitment we’d already made,” Radcliffe says. “It wasn’t a new position we were staking out.”

With 1.8 million residential and commercial customers in more than 50 cities, PGE added its numbers to a coalition that Business Insider says represents more than $6 trillion of the U.S. economy. Adidas, Apple, eBay, Facebook, Google and Tesla have signed on, as have the states of California, Connecticut, New York and Virginia, among others.

Signatories include more than a dozen Fortune 500 companies and a roughly equal number of states that together constitute the world’s third-largest economy. More than 200 U.S. cities have also signed the statement, joined by at least 30 mayors and 80 university presidents. Former New York Mayor Michael Bloomberg spearheads the effort.

“…the businesses that are located in any given community ‘are ultimately responsible for themselves, and cannot rely on federal government action. Cities, states, regions — what I simply call ‘places’ — understand this more and more.’”

“In the absence of leadership by Washington,” the statement reads, “it is local and state governments, along with businesses, that are primarily responsible for the dramatic decrease in greenhouse gas emissions in recent years. Actions by each group will multiply and accelerate in the years ahead, no matter what policies Washington may adopt.”

According to the letter:

It is imperative that the world know that in the U.S., the actions that will provide the leadership necessary to meet our Paris commitment are found in the city halls, state capitals, colleges and universities, investors and businesses. Together, we will remain actively engaged with the international community as part of the global effort to hold warming to well below 2° C and to accelerate the transition to a clean economy that will benefit our security, prosperity, and health.

While some media coverage portrayed the signatories as wanting to “defy” Trump, Radcliffe puts PGE’s decision in historic context. “Our efforts absolutely predate the administration’s action in June,” Radcliffe says. “We supported Congress’ serious push on greenhouse gases when the Obama administration first took office, and we were disappointed when they pivoted to health care, as important as that effort was.

“We’ve been frustrated by the lack of congressional action on climate policy for several years. This is a global problem, and it needs a national response — a belief on our part that has become even more clear over time. And the national response needs to be part of a global effort. When other nations that are among the bigger emitters of greenhouse gases come to the table and you can get them to agree to some serious goals, we were for that.”

So are millions of other Americans. By some polls, more than 60 percent of Americans hope business takes the lead on environmental change, especially in the absence of federal action. In another study, majorities in all 50 states supported U.S. participation in the Paris agreements.

There was even some question whether the Trump administration itself has softened its opposition in mid-September, though White House spokeswoman Lindsay Walters insists there has been “no change” in policy: “As the President has made abundantly clear, the United States is withdrawing unless we can re-enter on terms that are more favorable to our country.”

But not everyone agrees and climate science isn’t the only issue in play. Perhaps overriding environmental concerns is a recoiling from “globalism,” represented in England by Brexit and in the U.S. by the withdrawal from the Paris accords.

Trump’s election represents this impulse, too. Running as an America First “nationalist,” Trump won by appealing to anxieties about the erosion of American sovereignty, and his pullout from Paris was a symbolic act, if nothing else. Mike Hulmke in Newsweek sees behind both Brexit and Paris “a popular antipathy toward the shadowy ideology of globalism, the unexamined belief that the world will inevitably be a better place through international coordination of governance, finance and science.”

Through it all, though, businesses increasingly seem willing to pursue their own environmental agendas, especially when the federal government fails to act. When President George W. Bush pulled out of the Kyoto Protocol in 2001, for example, 34 states issued their own climate action plans. More than 35 cities are participating in the Sierra Club’s program in which they commit to achieving 100 percent renewable energy by 2035.

Atlanta signed on in May, a full month before the U.S. pulled out of Paris, prompting this irreverent response from Luis Martinez on the NRDC blog:

Wait, is this the laggard Southeast we’re talking about? The slow-to-get-with-the-clean-energy-picture Southeast? Yes, indeed. What’s going on here is what’s going on across the country. Not only are cities now increasingly aware of the many benefits clean energy offers their residents, they’ve come to a quick realization of how important local action on climate is in this new political age. Given what’s happening in Washington, cities and states must now lead the way.

But wait. The mistake might be to assume that the federal government is supposed to be leading all such efforts, when the American system was never designed to function that way and to some degree never has. Even if we now automatically look to Washington to set broad policies and lofty goals, there are limits to what it can and cannot accomplish.

Benjamin Barber, the author of If Mayors Ruled the World: Dysfunctional Nations, Rising Cities, argues that nation-states today are “incapable of solving” a range of problems that societies now face, because, “by their nature, they are defined by what sets them apart from other nation-states — by borders, by their sovereignty and by their independence. But the problems we face transcend these borders.”

Cities produce about 80 percent of carbon emissions, Barber points out, “and the mayors who run them don’t have to worry about their sovereignty or independence.” They can reach agreements with the mayors of other cities in other countries, where neither party to the agreements is afflicted by gridlock, partisan polarization and other forms of what Barber calls governmental “paralysis.”

David Audretsch, the director of Indiana University’s Institute for Development Strategies and the author of Everything in its Place: Entrepreneurship and the Strategic Management of Cities, Regions and States, offers a different, but related, perspective on the challenges posed by environmental policy.

Cities and, by extension, the businesses that are located in any given community “are ultimately responsible for themselves, and cannot rely on federal government action. Cities, states, regions — what I simply call ‘places’ — understand this more and more,” Audretsch says. “There are bottom-line business reasons to take the stands some of them have taken, and this is true not just on environmental issues but on social issues as well.”

North Carolina learned this, Audretsch says, when the NCAA relocated its 2016 Division I basketball championship, originally scheduled for Greensboro.

“States are no different than companies in the sense that they have to manage their image,” he explains. “Managing their image or their brand is crucial because consumers now make their choices based on values that on the surface of things might have little to do with a given product or service. They want to do business with companies that have values they can identify with. This wasn’t the case a few years ago, but it is today.”

People even decide where to live based on the values a community chooses to emphasize. “If the people you want to attract are the highly educated and highly skilled, you also know that they want to live in places that are environmentally progressive,” Audretsch says.

Highly educated, highly skilled professionals increasingly “want to live in areas that are pro-gay rights and support the legalization of marijuana, for example,” Audretsch notes. “So you want to project a positive image to key constituencies. This is one reason some cities are declaring themselves to be ‘sanctuary cities,’ for example. All this is part of what I call the strategic management of places, and it is happening with or without leadership from Trump’s White House.”

Radcliffe says the utility’s commitment to reducing greenhouse gas emissions “is very much in line with what our customers want — not just the big tech companies here but with others as well, including our residential customers. It’s the case pretty much across the board,” she says.

The action of PGE and so many others also reflects a growing consensus among numerous business leaders about the importance of corporate as opposed to federal government action. “I think you will see even more conversations on climate issues,” Radcliffe says. “This is especially true in blue and purple states, and with more and more action at the city and state level.”

“This push will continue,” Radcliffe says. “The drumbeat will get louder.