As America faces the greatest intergenerational transfer of wealth in its history, many nonprofit organizations hope to benefit.

But will they make the best possible use of these resources? They have never done so, say William F. Meehan III and Kim Starkey Jonker in Engine of Impact: Essentials of Strategic Leadership in the Nonprofit Sector. But research into the best practices of successful nonprofits suggests ways others can be more effective. Meehan, whose answers appear below, is on the faculty of Stanford University’s School of Business and a director emeritus of McKinsey. Jonker is president and CEO of King Philanthropies.

You write that we’ve reached a significant moment in the history of American nonprofits.

That’s correct. De Tocqueville first identified Americans’ penchant for forming voluntary associations to get things done, and we saw this undergo a significant boom at the time late in the American Industrial Revolution. In a sense, industrialists like Andrew Carnegie, John D. Rockefeller and Henry Ford institutionalized this habit by forming large private foundations. By the 1950s and 1960s, followed by the Filer Commission in 1973, nonprofit organizations began to be identified as an entire independent or third sector of the American economy, with a potential for a tremendous direct impact on society, which led us to the next phase in the development of this distinctively American sector.

This is what we think of as the “information era.” Beginning in the 1990s, there was a great deal of information available about these philanthropic institutions, their budgets, their activities, if not their effectiveness. For example, the IRS Form 990’s were digitalized by Guidestar, and now we are learning how to evaluate their efforts and impact, just as businesses examine their own operations. And we are learning a tremendous amount, not all of it as hopeful as we might wish.

Many of our efforts, no matter how well-intentioned, actually haven’t worked so well. We can apply a cost-benefit analysis to many of these activities — and I don’t want to single out individual organizations or their programs — and see that in some cases they’ve actually done more harm than good. But we can also figure out why that is and what we’ve been doing wrong. And just as we have discovered that the domestic War on Poverty was not the success we’d like to think, or that we sought, many of our non-governmental programs overseas in too many cases have actually made conditions worse. In some cases, the best we can hope for is that we did only modest damage.

Can you offer a hypothetical illustration?

Sure, let’s say we want to make sure an African village has clean water. So we install a pump in the village to produce clean water. But what happens is you go back two or three years later, and the pump isn’t in use because the people there haven’t been taught how to maintain or use it properly, so a lot of this money really didn’t do any good, but it might have had it been more strategically deployed. And we have made massive interventions along these lines, disrupting the way people in those areas live — and in part this is attributable to our own arrogance. 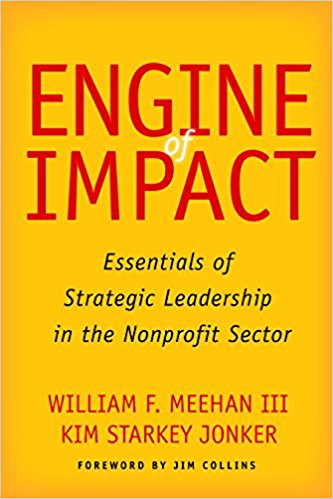 We’ve imposed programs on people without consulting them or collaborating with them to develop programs, as if we know better than they do what they want and need. This reflects the idea we seem to have accepted from the liberalism of the 1960s, which held that all the smart people were in Washington, and they knew how to tell other people what to do to make society — ours and theirs — better. You see this over and over, in big programs, but also in small, very telling ways.

One thing we have learned that surprises a lot of people is that direct cash giving to individuals in extreme poverty actually is far more effective than tying a lot of strings to it. We tend to say we will make these funds available to people if they do certain things — send their kids to school, maybe, or to a clinic for medical care. Or we give them a goat, when what they would make better use of is actually the money. And one reason for this is that giving directly empowers the human spirit in a way that all these conditions and caveats does not. That may sound counterintuitive, but it’s true. Now that we have methods of evaluating these efforts, using the same disciplined approaches like random controlled trials borrowed from the health care sector, we know it’s true.

And you want businesses that donate to these programs to be more effective, right, not to stop trying?

Of course. And they could do so much more. Philanthropic giving comes to something like $400 billion a year, but less than 10 percent of that is from corporations and their foundations. Something like three-quarters of that $400 billion is from individuals. What we want is for nonprofits to be effective, to have the impact that they seek. But that requires the philanthropic efforts of corporations to be managed with the same discipline that corporations adhere to in their for-profit activities. And of course to think strategically about the kind of programs they want to support. We need to be more skeptical within our business organizations of the assumption that we really can be “change agents” in another culture, especially if the change we want to effect is outside our core focus as a company, with its special expertise.

But surely, there are areas where it makes good sense to make these efforts.

Making investments to improve the schools in an area where the company does business, for example, makes a lot of sense, because you are working to develop job readiness. Fortunately, more companies today seem to understand the importance of linking their corporate social responsibility efforts to business objectives. They seem to get that, even if they still have a long way to go.

You’ve been somewhat critical of corporate social responsibility efforts in general, haven’t you?

Only to this extent: Too often what these programs care more about is recognition for their efforts, rather than the actual impact. As far as we are concerned, the chief social responsibility of a business organization is to behave ethically. I’m not a Friedmanite, and I don’t agree totally with the idea that the only obligation of a business is to maximize shareholder value. They also have a duty to behave ethically. And when CSR programs function to make us glance away from this core responsibility and focus instead on brand enhancement and marketing, that to us is a problem. And this isn’t just our opinion. Look at the budgets of some of these programs. Often, 30-50 percent of the budget of the CSR program is to support the brand.

What’s the one thing you think businesses should do when they develop and carry out CSR programs?

They should do more evaluation before they make the commitment, applying the same rigor to their philanthropic efforts that they do to their business operations. The information is there, and they should make full use of it. That way they will be more effective, not less, and that is what everyone wants.

Corporate Philanthropy is Good for Business