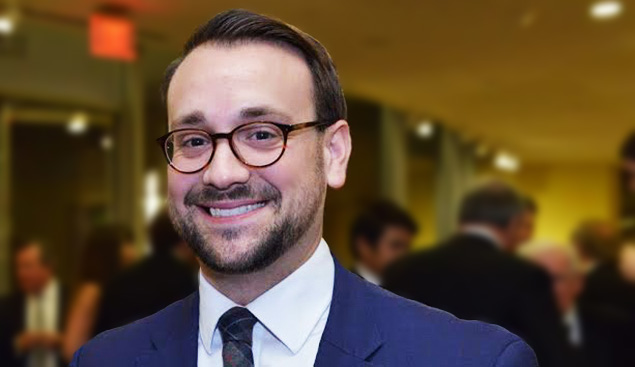 A Visit with Wade Balkonis

We’re well into tax season. Does that affect your work for H&R Block?

In a way, it does. Even though our public affairs staff isn’t involved in tax preparation itself, our work changes somewhat this time of year. In a way, it is a quiet time because any changes in tax law that would be applicable now were enacted last year. We get a lot of calls from congressional offices asking us about the tax code, so we’re in an educational mode. But we are also in a monitoring mode.

What do you mean by “monitoring”?

We’re on the lookout for any issues that might arise that could interrupt the normal conduct of business as the close of tax season approaches. That’s because for most of our customers, tax time is the largest financial transaction of the year and any disruption can quickly become devastating for them. And while we’re monitoring the situation, we are also looking ahead to 2018.

This is a time of great uncertainty in Washington, especially with the possibility of major initiatives in tax reform.

You hear a lot of talk in the media about how things have changed in Washington since the election. I read in the Washington Post  how sales of Bud Light are up and how traffic at high-end nail salons has increased since the election, as if these are real indicators of something. There is a good deal of uncertainty, but that is the case every time there is a new administration and a lot of upheaval in the job market. This administration has been moving very aggressively, which is a challenge for a lot of people in public affairs. Where we used to be able to plan over a two-year period, now it feels like that has accelerated to intervals of two weeks. We’re now operating at the speed of Twitter.

Earlier in your career, you worked for the mayor of Milwaukee. What did you learn from that experience that remains relevant to your work today?

What’s impressive about government at the municipal level is the degree of intimacy. You know who all the players are. You know people’s concerns. You know the neighborhoods they live in. If someone calls about a pothole in front of their house, and they give you the address, it’s a place you might drive by every day. And when someone has a problem with a pothole or garbage collection, you can’t wait to act until a piece of legislation is passed. Mayors have to respond immediately. They’re directly accountable, and while it is cliché, it is also true: There’s not a Republican or a Democratic way to pick up the garbage.

And at the federal level?

You lose a lot of that intimacy, obviously. Some congressional districts cover hundreds of square miles and have millions of people living in them. The concerns of people who live in a country this big vary widely. Maryland isn’t Hawaii. It’s asking a lot for federal officials to understand the different needs of people in different parts of the country, which is why there is usually some effort to delegate some responsibility down to the states and municipalities. Of course, in a way, that is backwards. When this country was founded, the states delegated some powers up to the federal level. We tend to forget that.

Some observers have commented on how governors and mayors are becoming more active in addressing issues ordinarily thought of as federal in nature. Why do you think that is?

A lot of it is a response to polarization and gridlock in Washington. When the federal government doesn’t act, states and cities often feel they need to step up. We’ve seen that in recent weeks on some of the immigration issues, where states’ attorneys general have become more assertive. So you can see this happening not only when there is inaction by the federal government, but also when a new administration is very active. On issues like health care and unemployment, the federal government can look at these as big policy issues — which they are — but mayors have to deal with the day-to-day realities of public health and joblessness and their repercussions.

And they have direct accountability?

Yes, they do. They have to come up with money to address these problems, no matter what Washington does. Milwaukee doesn’t have a city sales tax, and the political realities are such that it isn’t going to have one for the foreseeable future. So without city sales tax revenues, the mayor has to come up with that money from somewhere.

As a baseball fan, are you looking forward to opening day?

I’m a Cubs fan. So I was ecstatic with last year’s World Series. My parents are from Chicago, so I became a Cubs fan. I never made the switch to the Milwaukee Brewers. We’re only an hour north of Chicago, and there are a lot of Cubs fans in Milwaukee. We like to refer to Miller Park, where the Brewers play, as Wrigley North. Tickets in Milwaukee tend to be a lot cheaper than in Chicago. Also, the seats are better.

Read more “Visit With…” profiles in the Impact archives.