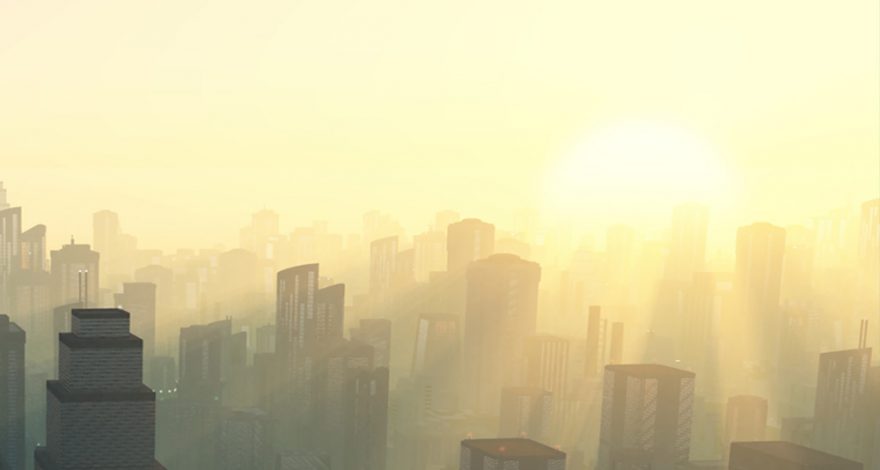 In places like Des Moines, Indianapolis and Buffalo, mayors and the local governments they lead are proving to be today’s problem solvers, Mick Cornett and Jayson White write in The Next American City: The Big Promise of Our Midsize Metros.

These cities are fostering innovation, attracting young professionals and revitalizing their downtowns. How this success is possible is the subject of Cornett and White’s provocative and refreshing study, which they believe offers a model that all metropolitan areas can and should copy. Mick Cornett, who was defeated for the Republican gubernatorial nomination in Oklahoma, was the mayor of Oklahoma City from 2004 to 2018. His co-author, Jayson White, has led the Urban Policy Advisory Group at Harvard’s Kennedy School and is now writing on “city innovation ecosystems” with the University of Virginia’s business school. The answers that follow are Cornett’s. 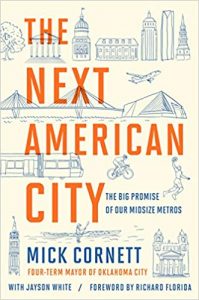 You made a major policy announcement with the Oklahoma City Zoo’s elephants as a backdrop. What was that about?

Right after I became mayor, I paid a lot of attention to those lists that magazines like to publish — lists that rank different cities in different categories. It’s always great to be on the list of best cities for business or food or whatever, but Oklahoma City was one of the “most obese” cities in America, which was embarrassing. And one day, about that same time, I stepped on the scales and discovered I weighed 218 lbs. which, for my height, made me obese. I realized I was part of the problem, so I figured we needed to do something about this as a city. So I posed in front of the elephants and announced that the city was “going on a diet.” I challenged my constituents to lose one million pounds. We got a lot of good coverage for this program. I went on Ellen DeGeneres’ show to talk about it. And over a period of four years and three weeks, we did it. A total of 47,000 people signed up. This was viewed as a weight-loss program, but I see it as an awareness campaign.

What, if any, were the public policy aspects of this effort?

I began to study the program, and with some research, we discovered that part of the city’s obesity problem was a function of our built environment. We’d built Oklahoma City around cars, not around people. There weren’t enough sidewalks. There’s weren’t trails for biking and jogging, and we needed to change all that. So in 2009 we started an initiative to redesign the city, building it around people, not cars. We built hundreds of miles of sidewalks, and we now have biking and jogging trails.

Any lessons learned from this?

I think there are some lessons, yes. It was a good example of how you can use positive energy to get things done. I’ve discovered that a lot of cities don’t take action on a given issue until they really hit rock bottom with that issue — or the whole city hits rock bottom. I think that was pretty much the case for us in Oklahoma City after a devastating economic crisis and then the Murrah building bombing. We had to turn things around. We needed to rally people around a lot of issues. We had what has been called “the advantage of desperation.”

Can you define that?

I believe cities bounce back not despite the hardships they go through but because of them. It brings forth their character and creativity. You have to recognize that you have a problem before you can solve it. Mayors will complain to me that their constituents don’t even recognize that there is a problem, which makes it almost impossible to solve it. You have to face the problem and have the positive energy to accomplish anything. Oklahoma City government now has a reputation for doing what it sets out to do. People trust the city government, and our referendums tend to pass. But if you look at the data, those referendums just barely pass. It’s easy to get people to vote “no” on something, but it is a lot harder to get them to vote “yes.” Austin offers a good example.

Make no mistake. Austin is a very successful city. But it has one problem it has never planned properly to avoid. That’s congestion. Their quality of life really suffers because they never planned for rail-based public transportation. You can’t really pass a referendum on something like that until there is total gridlock in the city, and if you wait that long, it might be too late.

Maybe so, but it is still easier to get things done at the local level than waiting for Congress to act, isn’t it?

For now, that’s the case. The action these days is at the city level. There’s a lot of arguing in Washington, for sure, but there’s also too much gridlock in the state houses. It is at the city level that you can put partisanship aside and concentrate on results. I ran for mayor because I wanted to make a difference. I didn’t want to be part of the noise. And I can say with some pride that there were constituents who couldn’t tell you whether I was a Democrat or a Republican. But that’s the case in a lot of cities. The politics is not that partisan. Like they say, there’s not a Republican or a Democratic way to pick up the garbage.

How is lobbying at the local level different?

I haven’t really encountered a lot of lobbying in the midsize cities I’m writing about. There are some big players, like people that deal in waste management or waste water treatment, which are hard issues to turn into partisan ones. Local government is where government impacts people first and most directly. The federal government affects our lives but that tends to be over the long term. The decisions made at the local level affect people today. A mayor can’t hide. No local official can. Even if you tried, people would find you. They see you at the grocery store. They tell you what they think. In Oklahoma City, we have weekly city council meetings, and at the end of each meeting, there’s a special time called “Citizens to be Heard,” where constituents can say anything they want to say. You can never be disconnected from the voters. The city is all around you.

Richard Florida, who popularized the term “creative class,” wrote the forward to your book. In it, he says that cities, and not states, are now the true “laboratories of democracy.” But is that really true, or just another example of how midsize cities want to claim credit for things because they feel they aren’t given enough credit? Sometimes I get the sense that a lot of cities that aren’t New York or San Francisco or even Portland suffer from an inferiority complex. If they were really doing such great things, they wouldn’t get so excited whenever The New York Times even mentions them.

I think there’s some truth to that. We went through that phase ourselves in Oklahoma City. It’s embarrassing to think of how much that outside validation meant to us. One thing I’ve noticed going around the country and doing talks is that the smartest guy in the room is always assumed to be the mayor from another city, which speaks to that inferiority complex. One way I combated that was being relentless in telling my constituents the great things that we were accomplishing. I gave them talking points. That’s how you get over that inferiority complex and build the positive energy that is necessary to get things done.

How does all this nonpartisan progress you’re talking about happen when — or so we’re told — more and more people are choosing to live with other people who think the same way they do? When liberal Democrats live in different neighborhoods than conservative Republicans?

There’s some truth to that, but I would say there are things that people can agree on. The two most important things to people in a city are their own neighborhood and the downtown. The things they can agree on tend to be geographic in nature, and in this case it is the downtown. Everyone wants their downtown to be attractive and vital. And I find that where there is a strong public transportation system, people are more likely to encounter and talk with people that are different than you. You have to work for diversity in a city, and too often, diversity is defined almost exclusively in terms of race. When I was appointing people to commissions, we worked hard to appoint people from different geographies and of different ages. People who serve on commissions, after all, are volunteers. And the people who have the time to serve on them are usually retirees. But you don’t want to appoint only retirees. You want to hear from different points of view and different perspectives. You have to work hard to get input from different voices into the conversation, but it is worth it.