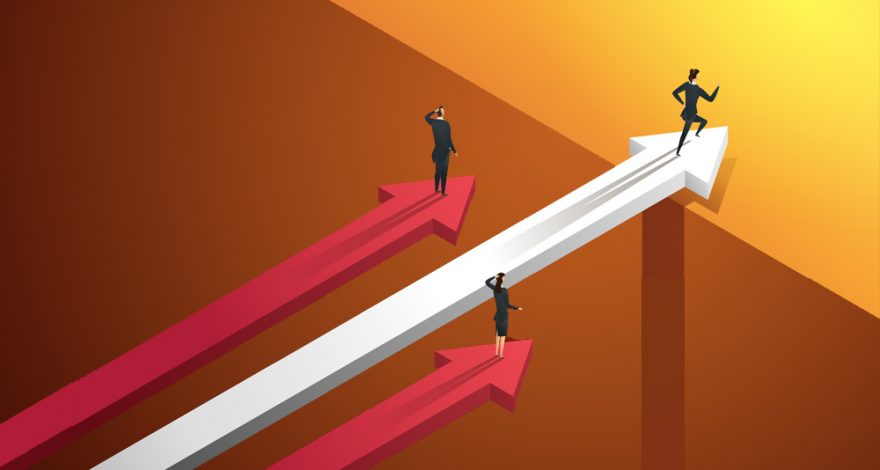 In early March, the American Property Casualty Insurance Association had its entire year of legislative priorities mapped out and how they would be pursued. “We had it all planned,” says Bethany Nadeau Dame, the trade group’s assistant vice president of political engagement and grassroots. “We had our Legislative Action Days, in state capitals as well as in Washington, D.C. We had events scheduled for the Republican and Democratic conventions. And then, because of COVID-19, our entire world was upended.

“Our priorities are now completely different,” she says. “We’re now fighting fires at the state and local levels, and a lot of what we would have done face-to-face, in person, is now being done digitally, if at all. Many of our grassroots efforts are on hold, because so many of our members are just fighting to maintain normal business operations and help their policyholders and communities that we don’t feel comfortable asking them to do grassroots advocacy because we know they just don’t have the bandwidth right now.”

On the upside, the association’s website, which used to receive about 20,000 hits a day, is getting up to 90,000. “We’re tracking the pandemic’s effects on state and federal policies, and our policyholders, so many of which are small businesses, are looking for help,” Dame says. “Is property and casualty insurance an ‘essential’ business? Are agents permitted to inspect damages to automobiles and deal with claims? This is information our members need, and they’re looking to us to provide it.”

When all this settles down — when the curve has been flattened and the immediate risk lessens — “the way we operate in public affairs and grassroots will be different,” Dame says. In this belief, she’s in good company. Public affairs professionals can see their world changing day by day, if not hour by hour. People who have insisted that there is no substitute for a face-to-face meeting in a legislator’s office, for example, will be questioning just how efficient such a meeting is and beginning to embrace digital communications in a way they never had before, especially with video platforms such as Zoom that are changing the definition of face to face.

In part, they have no choice. “The tech people I’ve dealt with through the years have always told me that the only way to get out of a crisis is to innovate your way out of it, and I’ve realized that is true,” says Andy Polk, senior vice president of the Footwear Distributors and Retailers of America and founder of the Advocacy Help Desk and VR Advocacy. “And I see public affairs people embracing technological change right now because they have to. But that’s good. A lot of changes to the way advocacy is done that were inevitable are being accelerated as a result of this pandemic, but I think we will be better as a result of those changes.”

Adapting ‘On the Fly’

The transition won’t necessarily be easy, however. “If you asked public affairs professionals in December what the big issue of 2020 would be, they’d have said the election,” says Nick DeSarno, the Council’s director of digital and policy communications. “Now no one is talking about the election, and they’ve had to adapt on the fly, on the most everyday levels. If you had a couple of meetings over coffee in the morning and then a business lunch, and all that is now off the schedule, when and how are you going to make up for that lost work? This is not only a time for getting your work done in a different way, it is also time to prove your value or else.”

For one thing, legislation at the federal level “is moving faster than ever, and the policy decisions the federal government is making today will change the course of companies and entire industries for the foreseeable future,” DeSarno says. “Organizations that have said they want to be more nimble and more agile in response to clients are being forced to do so, seemingly out of nowhere. You have to be more adept at using digital tools, such as Zoom and other platforms that enable you to do virtual meetings.”

Take one specific instance: working at home. “I think this will become more commonplace, and I’d like to think so, because I already work at home a few days a week, having two children with medical needs,” Dame says. “I’ve always been a big proponent of remote work because I understand the value. The two hours I spend on the Metro is time I could be working. When I work at home, I find that I log on earlier and log off later and have fewer interruptions. It’s just more efficient, and I think organizations will come to realize this as a result of the way we’re being forced to work remotely because of the pandemic.”

Working remotely will be found to be efficient in ways that so far have not been sufficiently recognized. “It will open up pools of talent otherwise unavailable to you,” Polk says. “When you’re looking for talent, you won’t have to confine your search to people who will be able to sit next to you in an office in Washington, D.C. You will be able to expand the search, and that’s huge.”

Future of the Fly-In

Other changes will result in other efficiencies. “A lot of people are still wedded to the face-to-face meeting in a congressman’s office on Capitol Hill, and there is value in that,” Polk says. “But there are also inefficiencies. Fly-ins are important, and they will continue, but a digital meeting can offer value that the person-to-person meeting in Washington can’t. There’s the travel, of course, which is expensive, but a lot of small-business people can’t take time off and leave their own place of business — the shoe store, which is the case with a lot of our members — and go to Washington. But they can do a virtual meeting from that shoe store, which is more natural for them anyway and a more relaxed setting. That has a way of leveling the playing field. People are less likely to get nervous and try to stick to a script when they’re in their own place of business, and it gives the member of Congress a better understanding of the situation.” (Dame agrees: “Not so long ago, if I mentioned a ‘virtual Hill day,,’ instead of in-person, I’d get resistance. Not anymore.”)

Factory and lab visits can also be done differently and, Polk believes, more efficiently. “If you’re trying to a get a member of the House Energy and Commerce Committee to see what you’re doing in your lab — which might not even be in his or her district — that can be a tough sell, given their limited time and budget. They’ll just not go. But virtual reality [VR] has really come into its own, so you can do a 360-degree VR tour of the lab, hosted by a local person that shows them around, and it only takes a few minutes of their time.”

And don’t forget the fear factor. “Like 9/11, this is a time when people are going to be fearful of travel and of exposing themselves in large groups,” Polk says. “There will be a shift in attitudes, a subtle slide into mitigating risk. In a time of recession, as we’re anticipating right now, one of the first items to be cut is travel budgets. That will mean a reduction in travel, period.”

Council President Doug Pinkham agrees that the pandemic will accelerate trends already underway. But the current climate will present new opportunities as well as challenges.

“Twenty-five years ago, there were claims that the internet would end corporate travel because it would be unnecessary, just as the ‘paperless office’ would doom the printer business,” Pinkham says. “But when people communicated digitally, they also found they wanted to print documents and articles and reports they were discussing, and paper sales boomed. By the same token, videoconferencing can actually create a desire in people to see each other in person.”

Concerns over health and risk in general will have an effect, and, to some degree, this may work to the profession’s advantage. “I see a greater demand for crisis preparedness and a more intense focus on health care legislation and the social safety net resulting not only from the pandemic but also from the economic impacts,” Pinkham says. “People won’t be closing their Washington offices at a time like this because of the heightened political risk. And despite international origins of the virus, globalization will continue, which means an ongoing demand for global public affairs to help manage the challenges.

“I think this is a time when there will be a new awareness of the business value of public affairs — when companies will see public affairs not as a cost center but as of strategic importance in establishing a political and economic environment in which they can thrive,” says Pinkham.

In some ways this is already happening. Whatever else the $2 trillion stimulus package may bring, it has resulted in new and immediate demand for government-relations expertise. “I have never seen anything like the demand for information right now,” Ed Newberry, global managing partner of Squire Patton Boggs’ policy and regulatory practice, told the Wall Street Journal in late March. Companies and professional associations are hiring lobbyists, the Associated Press reports, “for the primary purpose of explaining provisions of the relief legislation.” People want answers, and the go-to source for reliable information is the public affairs profession.

One upshot of the confusion over what the federal legislation means will be a new emphasis on policy communications. This also occurred not so long ago during the debates over the Affordable Care Act and the Dodd-Frank Act.

“Grassroots activism was important then, and it will be no less important now, and policy communications will be seen as essential to a company’s success,” Pinkham says. “And that, of course, is where our profession makes its greatest contribution.”

Information Hub – Working through COVID-19 Together

Upcoming Webinar – Election 2020: Smart Get Out the Vote Strategies during Quarantine