Our Obsession With Millennials 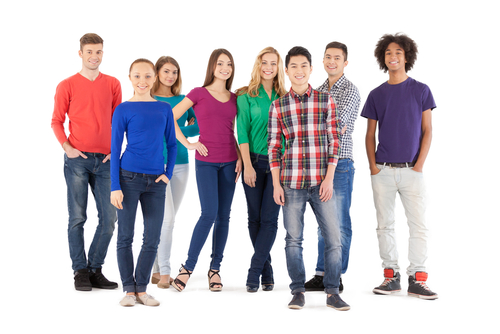 Our Obsession With Millennials

Here are some random but vitally important things polls have told us about the Millennial generation:

Men and women aged 18 to 34 are already the most studied generation in American history. This is true for several reasons. First of all, in 2015, Millennials will finally outnumber Baby Boomers — the 51-to-69-year-olds who have spent their entire lives being the center of attention. According to government forecasts, there will soon be 75.3 million Millennials, compared with only 74.9 million Boomers.

Because of young people’s potential buying and voting power, their opinions loom large. They can topple a company if they decide en masse to take their business elsewhere. They can affect a presidential election if the vast majority of them cast their ballots for the same candidate.

Millennials have also come of age during a time of tremendous social and technological change. For those of us who are middle-aged or older, understanding what young people think means understanding a bit more about the future.

That’s why an entire industry of marketing and political experts has sprung up to explain what Millennials believe, what they buy, what they want and how they vote. Everyone from Gallup to MTV to PricewaterhouseCoopers has gotten into the act with branded research intended to inform the public, attract attention or promote a product (like Costanzo’s hamburger buns, which, in case you didn’t know, are made to appeal to Millennial tastes).

Millennials are certainly an influential bunch, and their views and behaviors will continue to disrupt business models and the political status quo. We’re only in the early stages of feeling their impact on society.

But are people born between 1981 and 1997 really a cohesive group? Political writer Philip Bump raised the question in a recent Washington Post column in which he pointed out that the U.S. Census Bureau says Baby Boomers make up the only “official” generation.

How come? Well, the birth years and characteristics of Baby Boomers are clearly distinguishable. They came about because of a huge increase in birth rates following World War II, and there’s never been much doubt about their existence and influence.

That’s just not the case with Millennials. Some social scientists don’t even call them by that name; they use the term “Generation Y.” And different polling and marketing firms use different age ranges. Even the venerable Pew Research Center has changed its mind on this issue, shifting from a 1981-2000 range some years ago to a 1981-1997 range today.

“A lot of demographers will tell you that we like to work with cohorts, as opposed to generations,” said Mark Mather of the Population Reference Bureau, whom Bump interviewed for his article. “We’re looking for … demographic patterns: marriage, fertility, family formation, those types of things.”

Perhaps we’ve all gotten a bit carried away with our Millennial analysis. Emily Badger wrote in The Washington Postthat journalists often use the term “Millennial” to describe young people who hold college degrees and live in cities. “We’re not talking about 20-year-old single moms in small towns, or fast-food workers in the suburbs trying to get by on only a high school diploma.” As a result, she added, “many of the preferences we attribute to Millennials’ age may ultimately have more to do with where they live.”

Meanwhile, the demise of Baby Boomers has been greatly exaggerated. Boomers are still driving many of the nation’s priorities, and the cohort’s younger members will continue to be in leadership positions for a while. The average CEO of a publicly held company is 56, the average member of the House of Representatives is 57, and the average U.S. senator is 62.

And right behind the Boomers are members of Generation X (though they’re not technically a generation, either). Gen X-ers may be smaller in numbers, but they will still make their mark on business and society — and many already have.

When analyzing the political impact of age groups, it’s also important to remember that older Americans have disproportionate influence because they are more likely to vote. For the past 50 years, young people between the ages of 18 and 24 have consistently voted at lower rates than other folks, the U.S. Census Bureau said in a recent report.

Thom File of the Census pointed out that “Ameri­cans 65 years of age and older have typically had voting rates higher than all other age groups.” In 2012, the voting rate for those 65 and older was 69.7 percent — 6 percent­age points higher than that of any other cohort.

Over time, if young adults maintain some sort of unified identity and don’t just morph into junior Gen X-ers, it’s possible that they will become a long-term, distinct group. Then, as they grow older and move into positions of authority, we’ll see the full extent of their power in both business and government.

It’s interesting and often inspiring to track all the new ideas and attitudes coming from Millennials. But perhaps we should take what we read about them with a grain of salt — and a dash of Sriracha sauce.