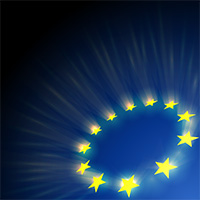 It is in all stakeholders’ best interests to put a stronger emphasis on being politically transparent. Doing so can increase trust, provide appropriate oversight and ensure greater access to key EU policymakers.

Transparency has become an increasingly important concept in public affairs over the past few years. There is a strong argument that transparency must be ensured: while it does not guarantee trust, it’s a positive step toward building it. On the flip side, every secret meeting or last-minute legislative change breeds a feeling of opacity and distrust.

Beyond being an important element in society, trust has a powerful effect on business. Whether it’s a piece of chocolate, Internet access or a new car, nobody wants to do business with a company they distrust. Companies have an incentive to act in ways that engender the public’s trust in them, and one important aspect is sharing information about their public affairs activities.

In the context of public affairs, transparency is a broad topic.

In the private sector, there is much be done to improve transparency, and even more to improve public perception of a company’s transparency. There are always some bad apples in the basket, but to their credit, most companies realize that it’s in their own best interests to have very strict codes of conduct and ethics because their reputation and share price would plummet if a scandal broke. Most have compliance policies and many update and circulate those policies regularly. In fact, they often go much beyond what some governments require from their own civil servants or politicians, or what is required under laws like the US Foreign Corrupt Practices Act. Despite these best efforts, the public perception often trends toward the longstanding notion that private companies are inherently corrupt.

A company might also burnish its reputation and public trust by publicizing trade association membership, position papers and other efforts to shape public policy. The threat of such information being “cherry-picked” by business-critical stakeholders is not minor, but the benefits of transparency still far outweigh the alternative of being secretive.

There has been much debate as to whether EU lobbying should be regulated or whether self-regulation is sufficient. Many observers argue that enforceable regulation is needed to force all companies, associations and even NGOs to comply with the standards, as opposed to using the current register with “carrots” (access to policymakers) and “sticks” (naming and shaming those committing misconduct).

Currently, enrollment in the EU’s Joint Transparency Register (JTR), which spells out lobbying expenditures and who represents what entities, is purely voluntary. There are no mandatory EU laws regulating interest representation, so JTR registrants are acting in the spirit, or the self-interest, of being a more ethical player.

Surely, there’s a lot of pressure placed upon the private sector to disclose information and to enroll in — and comply with — the JTR, and most of them do it reasonably well. NGOs may not be under the same pressure, but they need to comply too. Given its international expertise, Transparency International has set the benchmark in this respect by providing guidelines and comparative studies in the field. Nevertheless, some NGOs do not voluntarily disclose information about their financing, or whether there are any corporate or government interests backing them. Therefore, compliance with any transparency-related regulations should not be confined to the private sector.

One problem with the JTR is that there is no standardised way of declaring certain pieces of information. For example, there is no uniform approach to what constitutes spending on interest representation. One company may only declare direct spending (cost of advertisements, meetings, etc.), but another will include a percentage of backup staff costs and other indirect expenses. This means huge disparities and negates the usefulness of the information. The opportunity to implement a standardised approach for defining spending is, by itself, a strong argument for mandatory government regulation.

The Influence of the Juncker Commission

Despite the increased voluntary enrollment in the register, the arguments for making registration compulsory remain. Proponents of regulation — notably, Commission First Vice President Frans Timmermans — feel that a government-mandated register is essential to ensure proper transparency and disclosure.

Shortly after taking office, the Juncker Commission had already influenced the regulation argument. It has established a system whereby everyone from Commissioner to Director General will only meet with stakeholders who are enrolled in the Joint Transparency Register. This gentle government nudge has had the effect of boosting enrollment to more than 7,000 organisations.

As was mentioned previously, the opportunity to implement standardised definitions for activities is also put forward as an advantage of regulation. There is, of course, nothing to stop the EU from strengthening the voluntary JTR’s definitions, but that raises the question of how to enforce compliance with those enhanced provisions.

This is the greatest barrier between voluntary and compulsory transparency: enforcement. With a regulated, compulsory register, those that do not comply with registration, or provide incorrect information could face sanctions, removal from the register or be banned from EU premises and meetings — all serious incentives to act transparently.

In the broad sense of disclosing information about how a company operates, conducts its public affairs practice and its position on issues, there is a strong business case for transparency as its ultimate purpose is to increase trust. With mandatory JTR enrollment apparently imminent, it is a good time for corporate, NGO and other stakeholders to reconsider their transparency efforts and perhaps step them up.