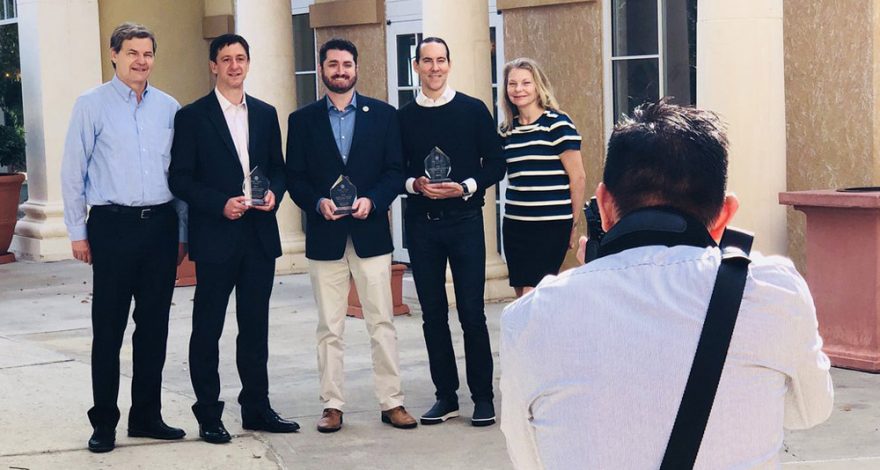 In 2011, when President Barack Obama asked Americans to inform their congressional representatives about their concerns over the debt ceiling, so many people tried to call Capitol Hill that phone lines jammed.

And it continues. After the inauguration of President Donald Trump, congressional “voice mail filled up and landlines began blurting out busy signals,” The New Yorker reports. “Even e-mails [were] bouncing back, with the information that the target in-box was full and the suggestion that senders ‘contact the recipient directly.’”

Advocacy professionals know how hard it is to cut through the clutter. This year’s advocacy Innovation Award winners — the American Bar Association, the American Cancer Society’s Cancer Action Network, and Toyota — stand out because they employed smart outreach, engagement and analytic strategies to break through in a competitive advocacy landscape.

“All three of our advocacy Innovation Award winners worked with a limited budget to address a challenge,” notes Nick DeSarno, manager of digital and communications practice at the Council. “Each found a creative solution that not only helped their organizations, but also exceeded our judges’ expectations.” 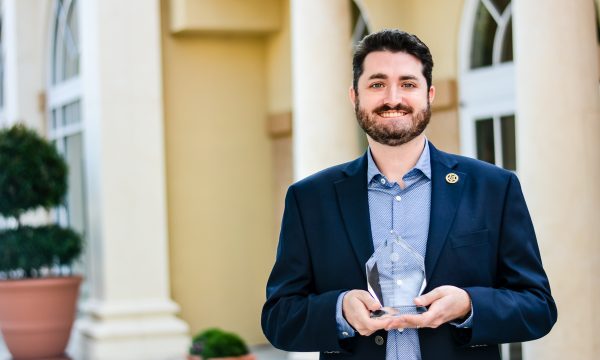 Protecting the budget of the Legal Services Corp. (LSC) has been the American Bar Association’s (ABA) signature advocacy program. In early 2017, the Trump budget proposed eliminating the LSC, which was established in 1974 under the Nixon administration.

“Trying to engage your members on this issue and get your views heard is difficult, especially when there are some 60 other federal programs targeted for defunding,” says Jared Hess, manager of the ABA’s grassroots advocacy efforts. “So we felt we couldn’t just do another mass email to Congress.”

Hess’ team also realized that even a standard social media campaign wouldn’t generate a sufficient response to succeed, as efforts to save the budgets of better-known causes such as the Corporation for Public Broadcasting were underway. It can be a challenge, Hess says, to get advocates engaged when they are being approached by other worthy grassroots initiatives.

So, in March 2017, ABA members were asked to enlist as “Legal Aid Defenders,” becoming part of a team of advocates of LSC funding. Using the www.defendlegalaid.org website, they created baseball-style cards that included their picture, contact information and a personalized message of support for the LSC to their members of Congress.

Supported by social media and digital promotion, the campaign was incorporated into ABA Day in Washington, its annual fly-in. Members of each state’s delegation hand-delivered the cards to their respective congressional offices.

“The level of excitement from our participants this year was unparalleled as they delivered stacks of Legal Aid Defender cards to members of Congress during their Hill visits,” explains Hess. “The excitement was even palpable after our members started hearing directly from members of Congress about how much they loved the cards. If there is a downside to the success of this campaign, it is that we’ll have a nearly impossible challenge in trying to exceed or even just duplicate the type of enthusiasm that the Legal Aid Defender campaign generated among ABA members.”

Best of all, funding for the LSC was left alone, “and for the first time I can remember, there were no amendments to [budgetary legislation] to cut it,” Hess says.

Making the best possible use of limited resources is important to almost any organization, and the ABA can point to this program as a good example. The Legal Aid Defender campaign cost less than $3,000, which included printing 20,000 cards.

Hess thanks his members but also the Council. “I come to The Advocacy Conference every year, and it is always incredibly helpful,” he notes. “I always return from the conference with some new idea, some new information or some new sense of direction. Just last year I was struck by learning how much carpet-phoning happens on the Hill now and how phone lines get jammed. That was important information to keep in mind when we designed this program.” 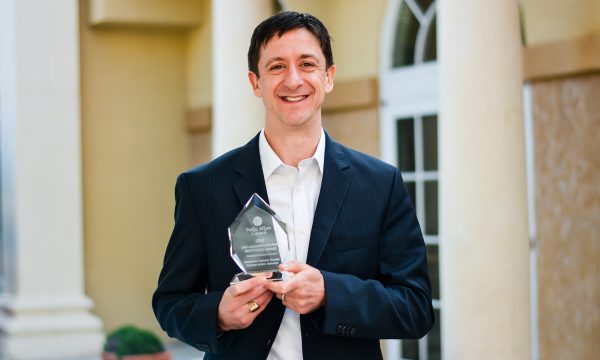 “We’re fortunate that we have such a solid group of volunteers, all over the country, in every state and in every congressional district,” says Erin O’Neill, the American Cancer Society Cancer Action Network’s vice president, volunteer engagement and grassroots strategies. “But we needed a dependable, engaging way to track what they are doing — we didn’t have a national, standardized method for them or their leaders to report their activity. We knew the work was happening, but it can be hard sometimes to get people to actually tell you what they’ve done, which makes it difficult to coordinate activities effectively.”

To fix that problem, the American Cancer Society Cancer Action Network (ACS CAN) created what it describes as a “gamified, mobile-optimized, Drupal-based online portal” that enables volunteers to see their own advocacy outreach goals and record their activity. It also enables headquarters to equip its lobbyists with information essential to their success with lawmakers.

“We already knew that we had a competitive group of volunteers, so we used that in planning this program,” O’Neill says. Many organizations use online surveys and other similar tools to amass information, but few grassroots organizations offer their advocates a gamified system for reporting their activities. Participants earn points based on their activities and can check how they rank on a leader board — meeting with a member of Congress, for instance, gets you more points than sharing content on Facebook.

“We were surprised by how quickly the volunteers used it, and how enthusiastically,” says O’Neill. “Right away, we had users in every state and every congressional district. It is one thing to establish a platform, but it can be another thing to get them to use it. We were also surprised not only by how they used the platform but by how much they were doing that we hadn’t previously known.”

Since the platform’s debut in January 2017, volunteers have reported 25,000 actions, including meeting with lawmakers, participating in town halls and writing letters to the editor of major newspapers.

Brian Rubenstein, ACS CAN’s senior director, online and digital strategy, describes the program as “phenomenal,” noting, “We can now assess both the quality and quantity of what our volunteers are doing, which is great for our strategic planning. When one of our lobbyists meets with a congressman, he or she can know going into the meeting how many times we’ve already talked to the member about an issue and what actions our volunteers have taken in the member’s district.” 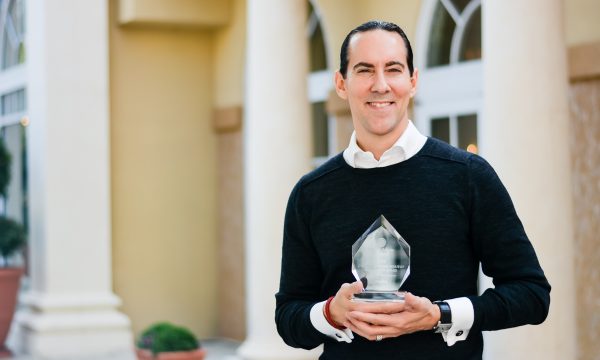 “When people think of Toyota, they think: ‘Toyota’s a big company, so whatever they do, it must have a big budget,’” says Stephen Ciccone, group vice president, government affairs, for Toyota Motor North America. “But that’s not always the case. But even if it were, I’d rather be resourceful than have resources.”

So when it came to creating and rolling out a podcast series to reach three separate audiences — PAC members, grassroots volunteers and Toyota dealers — Ciccone was determined to keep the budget low. “We assembled a three-person team, which we called our Pod Squad, and told them we wanted to do this without hiring consultants. We didn’t want to spend more than a few thousand dollars. And they met the challenge. They learned to do all of it themselves, down to the editing.”

And even though the Pod Squad members were newcomers to this field, they produced podcasts that were lively and entertaining. “Boring doesn’t sell,” Ciccone says. “We wanted the podcasts to be educational — taking on big issues like NAFTA and North Korea and why they matter to Toyota stakeholders — but also entertaining and lively.” They succeeded, he says, with a click-through rate of 25 percent.

The goal of the series was not just to stay connected to the three stakeholder audiences but also to “keep the pump primed,” Ciccone says, so stakeholders will take action when asked. “We want to make it easier for them to contact their congressman.” So far, the average response rate to calls to action has reached 60 percent.

“Plus, we’re not done,” Ciccone says. “We want to push this forward and do videocasts next, as I have told our team. The challenge for all of us is to continue to innovate. We just won an award for a podcast series that in five years will look antiquated. And that’s the way it should be.”

Says DeSarno: “We’ve seen an explosion of advocacy campaigns in recent months, meaning it’s that much more important for organizations to innovate in order to stand out. The best-in-class advocacy programs do a lot of things right, but they are also constantly looking to improve and find new ways of engaging their advocates by testing new ideas, tactics and tools.”

Sign Up To Receive Impact
Upcoming Events and Education
Who's Who ... Where
New Members
Recent FPA Supporters
Find a Job
gras