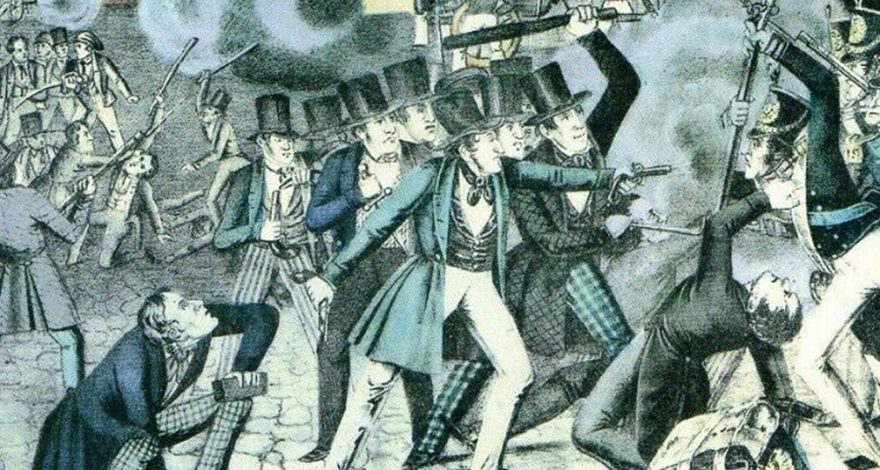 Americans enjoy the right to practice their religious faith, and this right is denied to millions of other people around the world. Throughout history, in fact, religious liberty has been rare.

How this remarkable achievement was made possible is a complicated story that Steven Waldman, co-founder and president of Report for America, tells in Sacred Liberty: America’s Long, Bloody, and Ongoing Struggle for Religious Freedom. And the story is nowhere near as simple as ratifying the First Amendment.

You write that freedom of religion is America’s great achievement as a nation. In what sense is that true?

Throughout most of world history, there’s been a struggle between balancing religion and freedom. Governments have tended to embrace one or the other — freedom or religion. This has tended to lead to persecution of religion or, when government has embraced religion, something else: a stultification of faith. In the American case, however, we’ve managed for a number of reasons to have achieved a synthesis, where our religious life has remained vibrant.

Great Britain, by contrast, still has a state religion, but the religious life has been stultified. 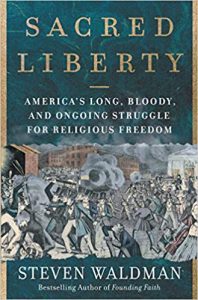 That’s right. And there is a connection between affluence and religious vibrancy. Generally, poor countries tend to be religious, but the more affluent and tolerant countries, like Great Britain, aren’t very religious at all. They are tolerant of religion, which tends to stultify.

How do you explain what has happened in America?

That’s an interesting story, and it is not what we’ve been taught. The First Amendment, for example, did not establish religious freedom in America. We owe religious freedom, for the most part, to the insights of James Madison. Virginia in Madison’s day, and Thomas Jefferson’s, was officially Anglican, with an established church. And Madison saw Baptist preachers being beaten and jailed within a few miles of Madison’s home at Montpelier for the crime of preaching the Baptist faith. Madison thought this was terrible and said so. In developing his own constitutional theory, he realized that the way to encourage religion — which was a goal of almost all of the Founding Fathers — was to leave it alone.

His attitude toward different forms of religious belief and expression was similar to his attitude toward competing interests in society. He thought that this competition between different groups was beneficial to the society as a whole. He believed that strong religious faith was necessary to the success of the American experiment, but that an established religion supported by the government would lead to persecution of other faiths and to laziness and corruption in the established church. Madison even used the term a “multiplicity of sects,” which would lead to a form of checks and balances in which they would counter each other and help prevent one from achieving total political power and result in tyranny.

But you say the First Amendment itself did not establish religious freedom, right?

It didn’t, and getting the First Amendment ratified meant Madison would compromise, though he didn’t really want to. The First Amendment restricted the power of the federal government, but it didn’t restrict the power of the states. And until the 1830s, some states, like Massachusetts and Connecticut, had established religions — Congregationalism in those cases. And at the time of the American Revolution, nine of the 13 colonies banned Catholics from holding public office. Some people can claim that the United States was founded as a “Christian nation,” but it would be more accurate to say the U.S. was a “Protestant nation,” founded as a bulwark of anti-Catholicism.

Madison and Jefferson both were appalled by this feature of America and worked with Baptists and other “dissenting” faiths — the evangelical Christians of their day — to move the country in another, more tolerant direction. It was in a letter of encouragement to the Baptist ministers of Virginia that Jefferson used the term “wall of separation” between church and state, the formulation we most closely associate with the establishment of religious freedom in America.

We’ve come a long way since then. By the 1970s, many evangelical Christians followed the doctrine of the Moral Majority. But today, the same group seems to see itself as an increasingly persecuted minority. How do you account for this change?

It’s in large part a response to the changing demographics of this country. Demographic changes are behind a lot of the shifts we’ve seen in the history of religious freedom in America — the influx of Irish Catholics and Jews, for example, and the growth of Mormonism. And in recent years, Protestants are no longer the majority in this country, and this is increasingly evident in the culture.

The evangelicals sense that they have lost “the culture wars,” despite their conviction that they elected Ronald Reagan and George W. Bush. The Supreme Court ruling on same-sex marriage and the drive for LGBTQ rights really accelerated this sense that the traditional religious faiths were under siege. These groups are afraid, for example, that schools that oppose same-sex marriage can lose their tax-exempt status.

We’ve also seen more and more major corporations taking a “progressive” stand on cultural issues, such as diversity and inclusion. This, too, must intensify the alienation of people who used to consider themselves members of the Moral Majority. What does this shift signify?

Here, too, it’s a response to changes in the population. Businesses have to pay attention to their workforce and their customers. And as for threats to religious groups at this time in our culture, I think Muslims have more to fear than evangelical Christians. As I say, demographic changes have always driven advances in religious freedom in our history, and the result is a free country and also one with a vibrant religious life. These changes can also create conflict, convulsions and backlash. And while our history can be messy, so far the results have been encouraging.

Related article – When Your Passion is a Curse