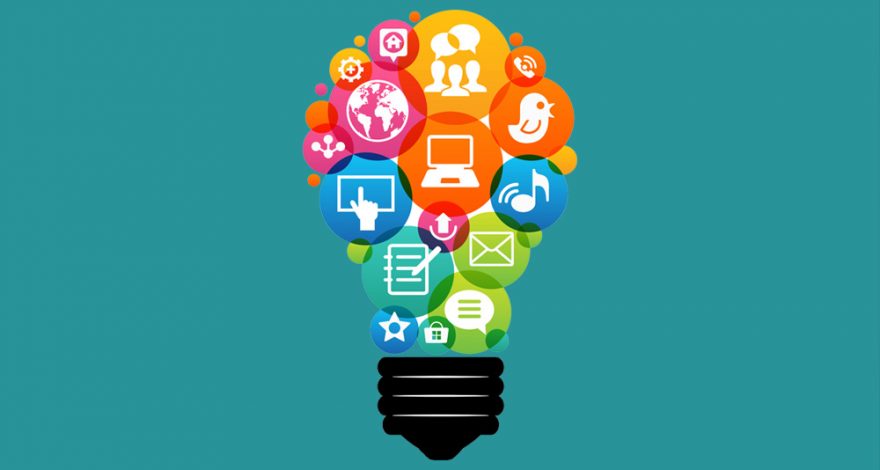 Who is the political world’s most compelling Twitter user? Not the most brazen (we know who that is) but the most engaging?

The consensus among insiders is that it’s Chuck Grassley, a conservative Republican from Iowa who turns 86 in September. “There’s so much to love about Grassley’s tweets, it’s hard to know where to begin,” wrote Alex Goldman of digg.com. Here’s one Grassley tweet that Goldman, co-host of the “Reply All” podcast, found especially irresistible:

“Most lawmakers’ Twitter feeds are pretty antiseptic — carefully manicured, free from personality, and relentlessly, exhaustingly on-message,” Goldman wrote. “Very few of them even write their own tweets. Grassley’s Twitter feed is a voice that is unique and definitely his own. It is refreshing and unvarnished, even if it is sometimes only barely comprehensible.”

Matthew Whitlock, senior adviser to the National Republican Senatorial Committee and a speaker at the Council’s Digital Media and Advocacy Summit in June, is also a big fan of Grassley’s Twitter feed. “It’s incredibly authentic. The spelling and grammar are unique.”

But Whitlock also sees a great deal to admire in Alexandria Ocasio-Cortez’s use of social media. The New York representative’s use of Instagram to show her making black bean soup in her kitchen was genius, according to Whitlock. Moments like that, “convey a three-dimensional aspect to round out your brand, so it’s about more than policy.”

Of course, he added, Beto O’Rourke using Instagram when he got his teeth cleaned “might be taking it too far.” (Sharing this visit to the dentist, The Washington Post reported with admirable restraint, “represented perhaps a new level of intimacy.”)

Some mistakes are to be expected. Everyone is trying to figure out how to use digital platforms to advance their causes, build their brands and fuel their ambitions. They are doing so, moreover, in a time not only of rapid technological change but also of considerable political upheaval. What we’re learning — to be personal, authentic and credible, for example — is not as easy as it might look when others are mastering the dark arts of deception and disinformation.

“Online fraud is deeper than most people imagine,” according to Matthew Hindman, an associate professor in George Washington University’s School of Media and Public Affairs and author of The Internet Trap: How the Digital Economy Builds Monopolies and Undermines Democracy. “Troll campaigns can be bought for as little as $250,” Hindman said at the Council’s Summit, and ad fraud alone “is now a $6 billion to $19 billion problem.”

The use of social media platforms on the part of foreign entities seeking to influence American presidential politics has not let up since the 2016 presidential election, and practitioners are growing more sophisticated. “We think these practices are confined to Macedonian teenagers,” Hindman said, when in fact these techniques are used by quasi-government Russian “news” agencies, including Russia Today and Sputnik, and are being employed by other nations as well, such as France, Israel, Qatar and Saudi Arabia.

On the American political front, the use of social media for advocacy has become so pervasive that Whitlock said it can resemble “white noise,” or worse. Ninety-nine percent of Twitter is junk and easily manipulated — “bad faith engagement,” he called it. “But 1% is valuable and substantial.” Even when questionable, it is useful to lawmakers and their staffs, according to Summit speaker Yuri Beckelman, deputy chief of staff to Rep. Mark Takano of California, because “those of us on the receiving end want more information [about our constituents], not less. The more we can learn about the people we represent, the better.”

“Our most recent survey shows that policymakers rely heavily on social media and online tools to communicate with their constituents,” said Nick DeSarno, the Council’s senior manager, digital and communications practice. “But we have to move beyond form emails and social media blasts. All organizations must improve their online communications or digital advocacy efforts. With the addition of misinformation online, organizations should also be actively promoting truthful content and building a sustained base of followers and supporters.”

Misinformation, intentional or otherwise, poses a big challenge. Fully 69% of congressional staff say fake news online is a serious problem, with 81% of Democratic staff calling it a “major” problem. Republicans “are more likely than Democratic staff to say social media is harmful to political discourse in America.”

Russia “developed these techniques for internal domestic use and then exported it,” Hindman said at the Summit. “American companies are using these methods as well, hoping to damage their competition,” a trend he calls “a growing problem in the corporate space.”

Times are changing, and no one knows where we’re headed next. The 2016 presidential election was a turning point, according to Nathan Imperiale, CEO of NJI Media, a Washington-based interactive agency. “Once Trump used Twitter as a mechanism to communicate directly en masse, this became normalized almost overnight,” Imperiale said. “Suddenly, we were getting policy statements off the cuff, and when it was leaked that Trump’s advisers weren’t happy about this — that the messages weren’t going through normal channels — people realized that what they were getting was a very real, authentic Trump voice. Until then, voters sensed, correctly, that most messaging online was canned. How we look at the way messages were communicated and received has never been the same. Since then, organizations in Washington have been racing to keep up with the latest trends.”

This isn’t easy, either, especially for political organizations and those with policies to promote. Fake news alone is a serious challenge. “The kind of disinformation put forth by troll farms is very effective at shaping political news even when people don’t believe the stories,” Hindman told attendees. “Fake news can determine what people think about and talk about, and that is effective.”

But as organizations try to figure out how to adjust, it can be tempting to exaggerate social media’s influence, especially on the 2016 election. Mark Penn, former chief strategist for both Bill Clinton’s 1996 presidential campaign and Hillary Clinton’s 2016 presidential run, for example, has argued in The Wall Street Journal that Russia’s influence on the Trump election has been grossly overestimated. The emphasis on Russian meddling, at least where Facebook is concerned, overlooks the fact that there were also “three 90-minute debates, two televised party conventions, and $2.4 billion” spent to persuade the voters.

Maybe so, but an upside to any such exaggeration might be that it has led millions of Americans to view what they see online with greater skepticism. It has also forced advocacy organizations to improve the way they use digital media. Where, not so long ago, they led with bland white papers, heavy on the written word, they now use videos. Personal stories have replaced dry, statistic-driven arguments, packaged with a two-page press release. (Unfortunately, the most inflammatory, often unsubstantiated claims also get the most attention.)

To be credible, “humanize stories whenever possible so the audiences can see themselves in it,” Katie Kreider, senior account director of Blue State, said at the Summit. “Make it emotionally compelling.”

Just three to five years ago, video was “an anomaly on social media,” Imperiale said. “Today it is dominant, and if you can turn around a video that is in short snippets and authentic, that’s the way to go.”

Through its Partners in Advocacy Leadership (PAL) program, the American Farm Bureau Federation has made effective use of the techniques Imperiale recommends, producing powerful videos in which Farm Bureau members make their own cases for causes important to the more than 100-year-old organization.

“People don’t trust agriculture, but they trust farmers and ranchers,” said Johnna Miller, director of media and advocacy training for Farm Bureau as well as PAL coordinator. “We found that many of these farmers and ranchers were doing their own videos already. They just didn’t know what to do with them, in part because the last thing these men and women want to be thought of is as ‘showoffs.’ So as part of the program, in addition to other forms of leadership training, we assigned them to do videos. Then we use their videos to pitch to the media.”

Compelling content, whether verbal or visual, is no guarantee you will cut through what Whitlock calls the white noise of social media, even with Grassleyesque authenticity. The regulatory environment in which digital advocacy campaigns are conducted is only now being worked out, while the platforms themselves are trying to improve their operations.

Hindman thinks states’ attorneys general will be quicker than the federal government to crack down on the fraud and other forms of illegality rife on social media. “State AGs are coming to realize that genuinely criminal activity is going on here,” he said, predicting “consequential action at the state level in the next year or so.”

Sara Fischer, a media reporter for Axios and a speaker at the Summit, said national data privacy laws will not emerge from the current Congress. But such laws are likely “within two to five years, because one thing big social media companies fear most is 50 different privacy schemes.” Congressional hearings into the operations of Facebook, Google and Twitter might have exposed how little our elected representatives know about social media, but Fischer believes this is to be expected. “Yes, Congress has shown a lack of knowledge of [the digital world], but it is not just Congress but all government institutions,” she said. “Every country is dealing with these issues. It’s a global problem.”

But it is also one that can be solved. “The companies can adjust their algorithms so that the most controversial and hyperbolic stories don’t always end up on top,” Fischer said. “After the 2016 election, we have begun to realize that thinking in terms of how people respond to something is the wrong way to think about community. But some of this should sort itself out because the only thing advertisers really want to spend money on is real engagement.”

That’s what you get with a Grassley tweet, and he now uses Instagram. “I do the Tweets myself,” he told the Legal Times blog. “My Tweets are authentic, and Iowans know it’s me when they read my posts. … I love Tweeting, but I don’t like to type. So, I probably type and hit send a little too quickly. Sure, I pay attention to reactions to my Tweets. That’s part of the purpose, it’s the two-way communication needed in representative government at work.”