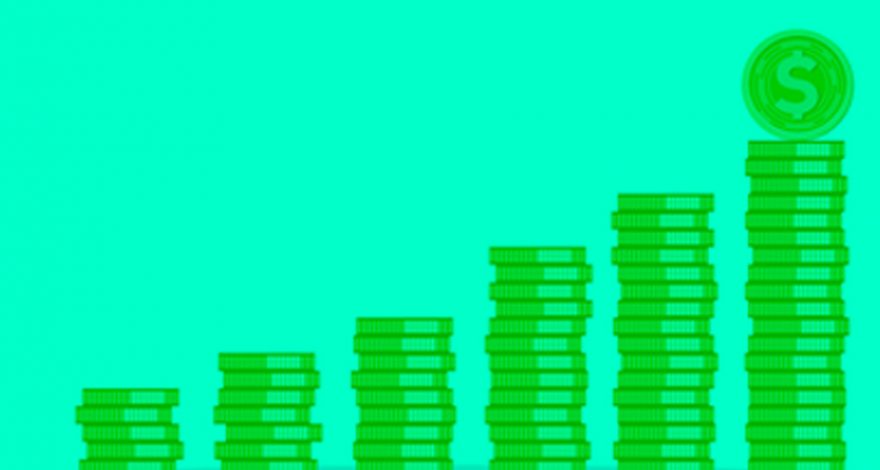 Public and private pension funds in the U.S. totaled about $20 trillion in 2015.

These assets represent “real world clout” that public employees and labor unions “have not wielded for decades,” according to David Webber writing in The Rise of the Working-Class Shareholder: Labor’s Last Best Weapon. Although labor unions are declining in power, pension funds continue to grow. A professor at Boston University School of Law, Webber is concerned that privatizing these funds — breaking them into individualized retirement accounts — will harm retirees, at great cost to workers but also to the companies themselves.

How do you account for this decline of organized labor?

There are economic, political and legal reasons that unions are not as powerful as they once were. Economically, we’ve lost manufacturing jobs to Asia. Politically, the National Labor Relations Board has been hostile to unions, and the Democratic Party is not the stalwart in defense of workers’ interests as it used to be. Of course, there are still a lot of right-to-work states, and — on the legal front — the courts have made it much harder to organize.

You call these funds a “working-class weapon.” What do you mean by weapon?

I mean this is a power that people who do not make a lot of money possess, collectively. The people who contribute to these funds are working class and middle class — police, carpenters, teachers. They are solid, hard-working people who, individually, are not rich. But together, they have tremendous financial power. Most of these pension funds have a worker on the board who participates in the decision making. They are elected by the workers, by other members of the union. If it is a pension fund made up of the contributions of public employees from different cities and states, there is usually a combination of workers and elected officials on the board. That’s true even if they are not members of a public employees union. So the workers are involved in making decisions about the funds and how they are invested.

Others have written about the power of pension funds, right? Like Peter Drucker?

Yes, some of the ideas in my book come right out of Rules for Radicals, Saul Alinsky’s book. And Drucker, in the 1970s, wrote a book called The Unseen Revolution: How Pension Fund Socialism Came to America, which was kind of paranoid. Drucker seemed to consider any pooled assets as a form of socialism, which I think was extreme. Alinsky, on the other hand, was an early advocate of shareholder activism.

Today a lot of people think of shareholder activism as buying just enough shares to get to vote and then present resolutions with no real stake in the good of the company.

I think of those people who buy just enough shares to get to vote and present resolutions as gadfly shareholders, and that is not what I’m writing about in the book. I don’t deny that some of the funds I’m interested in have brought some of these votes, and it’s noteworthy that two environmental resolutions actually won last year, meaning once they were introduced, they had widespread support among the shareholders, that a majority of shareholders supported them. Just buying enough shares to be on the proxy is a different subject.

So what are you referring to?

I’m talking about the clout of large diversified funds like CalPERs, the California public employee funds, and those of New York State that own billions of dollars of assets. The funds I mean are looking toward 30, 40, 50 years of long-term economic growth. Some of these funds own literally thousands of companies, and their concern is the long-term interest of the company so that shareholder value is maximized. After the financial crisis, people began to look at corporate management differently, with the recognition that corporate managers had become too insulated for too long.

How was that new?

Before that, the idea was you hire a superstar CEO and pay them huge sums, and there was a breakdown of pay vs. performance. The financial crisis called that into question. In the 1950s, the ratio of CEO pay to median worker pay was 20 to 1. Now it is like 350 to 1. There was no “say on pay” rules that give shareholders the right to vote on CEO compensation. Now thanks to shareholder activism, companies have to report this ratio.

That’s an example, you write, of how shareholder activism has reformed the corporate governance model, right? 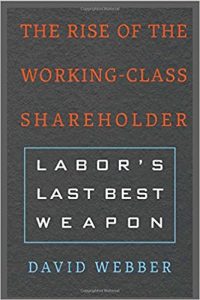 In ‘The Rise of the Working Class Shareholder’, David Webber examines the future of privatizing retirement funds.

Definitely. Until these large, diversified funds began to exercise their power, corporate governance was almost an oxymoron. Boards of directors were self-perpetuating until what I call the “new suffragettes” got involved and forced reform so they could get a candidate of their own on the ballot and on the board. These reformers also used their clout to end the practice of staggering elections for corporate boards, so everyone is up for re-election at the same time, which makes self-perpetuation almost impossible.

Here’s a big one. Shareholder litigation was a direct result of shareholder activism. It was shareholders who brought suit against Enron and Worldcomm; they sued over whether shareholder interest was being represented by the board — and not just the personal interest of the CEO and the board. And my concern is that the collective power of these funds will be destroyed in response to the underfunding “crisis.”

But there is genuine concern about whether these funds are sustainable, right?

I am not an economist, so I don’t take a position on whether — as claimed — we face a crisis in underfunding of these assets, on whether as some argue they are on the verge of collapse. That’s what some economists claim, but others say they are fine, they just need to be tweaked. But even if we face a crisis, my fear is that the cure will be worse than the disease, if the cure is breaking up these funds into thousands of individual retirement accounts. As a 401k holder myself, I know that individual 401k holders seldom if ever vote. How many of them even know how the CEO is compensated and what the rates are? The owners of 401k’s and IRAs have no clout, individually. But their pooled assets have a great deal of power. I want to preserve these pooled, centrally managed investments that have enough clout that they can monitor what is going on and will be listened to.