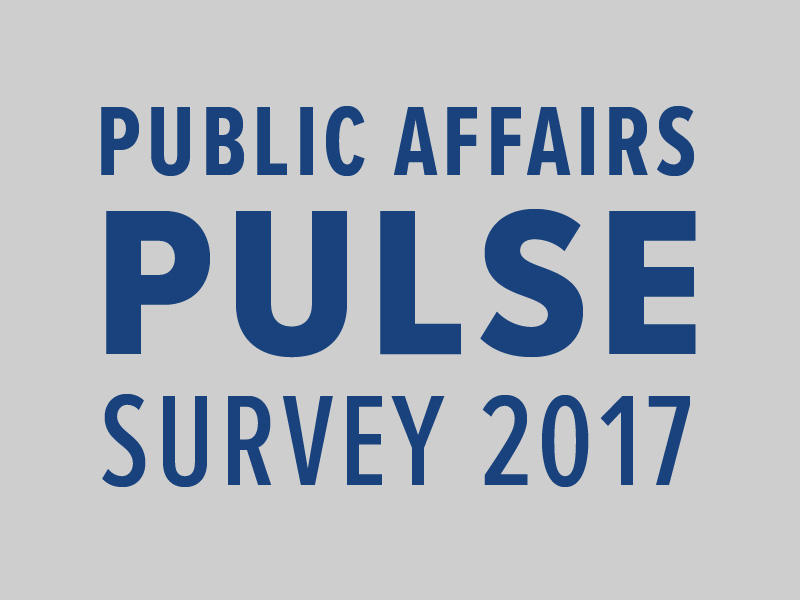 Survey: Lack of Trust in Politicians and Business is a Bipartisan Issue

Companies Try to Sway Washington, but Face the Same Reputation Problems as Those They Lobby

(Washington, D.C.) While stocks soar, trust in corporate America and elected officials in Washington, D.C., continues to drop — and America’s discontent with politics and business is not party-specific.

A new survey conducted by the Public Affairs Council, in conjunction with Morning Consult, finds that Clinton and Trump voters have more in common than you might think: neither group trusts Washington politicians nor America’s CEOs.

The online survey polled 2,201 adults on their attitudes and expectations for major companies and elected officials. The surprising findings show bipartisan agreement on sentiment:

“Businesses are worried about core issues like trade and tax reform, and they’re also jumping into public debates on immigration, racism, LGBT rights and climate change,” said Doug Pinkham, president of the Public Affairs Council. “But with all the political turmoil in Washington, their world feels riskier. Many firms are having a difficult time finding their footing at the intersection of business and modern American politics.”

The survey also measured the impact of traditional and digital media in shaping public perception about corporate behavior.

In its seventh year, the Pulse Survey has identified trends and measured public opinion on business, politics and policy to help companies better understand the American state of mind as they look to create impactful public affairs strategies.

Both nonpartisan and nonpolitical, the Public Affairs Council is the leading association for public affairs professionals worldwide. The Council’s mission is to advance the field of public affairs and to provide its 700 member companies and associations with the executive education and expertise they need to succeed while maintaining the highest ethical standards. Learn more about the Council at pac.org.