Trust Me: The Key to Grassroots Advocacy 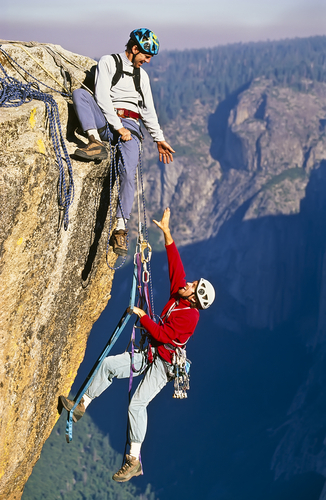 Trust Me: The Key to Grassroots Advocacy

If I were to pick the single most important factor behind a successful grassroots and advocacy strategy, I’d say it’s trust. Every component of grassroots advocacy, particularly those that pose the biggest challenges, can improve by building trust. Motivating advocates, educating elected officials, influencing legislation and regulation, increasing participation and doing more with less make up a small sample of those very challenges.

At the Public Affairs Council’s recent National Grassroots Conference, nearly 300 of the country’s leading grassroots professionals engaged in an extended conversation about what trust looks like in grassroots.

Jump-starting the conversation was Rohit Bhargava, author of the book Likeonomics: The Unexpected Truth Behind Earning Trust, Influencing Behavior, and Inspiring Action. Bhargava challenged us to think about five key components that build trust:

Some of these principles seem easier to follow than others when it comes to grassroots. And since we left Key West, I’ve been contemplating what I think these components look like day in and day out.

This may be the ideal time to trot out the phrase “All politics is local.” But what does that mean in real life?

Good luck with that, the skeptic in me thinks. Can advocating a policy position be anything other than selfish? But before we run away from this challenge, let’s think about what it could look like.

I’m the first one to say that the details matter. Legislation is typically complex, and the words that are used are important. But at the end of the day, do they matter as much if your audience has stopped listening? So how do you keep it simple and keep folks interested?

How much is left to the fickle hand of fate? And how much sway can you have over it?

The key is to provide training and information on the people involved and how they tick and, second, on the issue itself and the path it is likely to take. Then, like any good strategist, map out the many directions your advocacy strategy may take while also finding your zen place, knowing you may cast that entire strategy aside for the right opportunity.

What Does It All Mean?

As I look back on each of these components, I ask myself what this means in terms of being the best grassroots leader, and my answer is this: The job of a grassroots professional isn’t primarily about the issue. Yes, you are challenged to deliver an outcome, but to do it successfully requires thinking less about the issue involved and more about the people. Why do they care? What do they need to understand? What tools do they need? And how can you empower them to speak on your behalf?

Trust me. If you build a strategy around the answers to these questions, you’ll see greater grassroots success.