Brand Building, One Cow at a Time 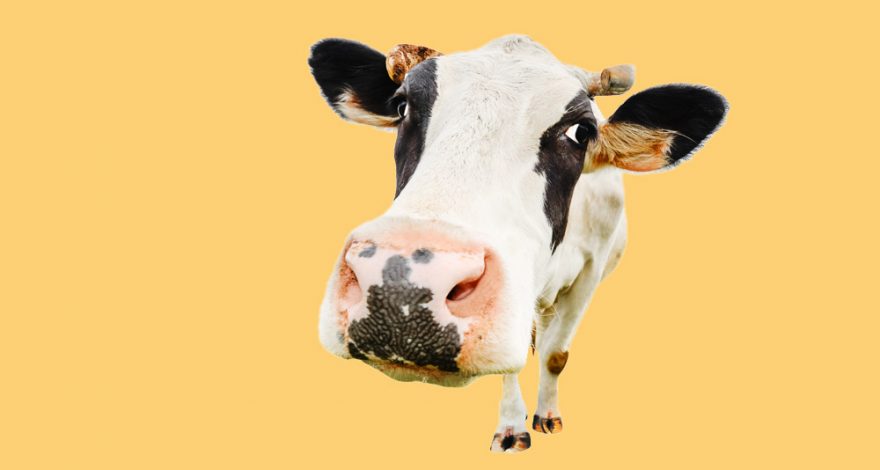 Brand Building, One Cow at a Time

The company owes its success to its commitment to the values endorsed by its founder, the late Truett Cathy, and to clever, well-executed brand-building, Robinson writes in Covert Cows and Chick-fil-A: How Faith, Cows, and Chicken Built an Iconic Brand. Some of the company’s opinions — or those of its leaders — have been controversial, which Robinson addresses in this interview.

That’s right. I remember the interviewing process took something like six months. I’d been with Six Flags Over Georgia, and in my final interview with Truett Cathy, I asked him what he expected from his marketing director. He said, “I have no idea. I just know I don’t want to do it myself.” Then he told me something important. He said he didn’t know much about marketing, but that was OK, because what he had come to believe was that the most important decision we make is who we invite into the business. He also said he wanted me to spend the rest of my career with the company, which was pretty daunting because I’d had four jobs in eight years before I joined Chick-fil-A. He said he just wanted to know he could trust me “and that we can have fun working together.” 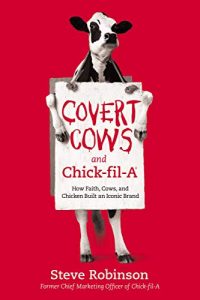 But for all the success, you say the first few years were difficult?

Yes, they were. I came on board during the last of the Carter years and the beginning of the Reagan administration. The retail industry was slumping, and the heyday of shopping malls had passed. Our only stores at that time were in malls, and we faced a financial crisis. We gave a lot of thought to what to do as a business but also to what we stood for as a company, which I write about extensively in the book. And the founder’s understanding of how to hire people proved its value over time. One advantage of having people who stay with the company for decades is not only the alignment and continuity that develops, but also the cultural knowledge and understanding of the brand.

And that brand is communicated by those cows, right?

That’s right. It wasn’t until 1986 that we opened our first store that was not in a mall, and we needed a different kind of marketing campaign. We simply couldn’t afford conventional advertising, which is why we relied on billboards. We retained the Richards Group of Dallas, and after about nine months of work, they came back with this idea of doing billboard advertising differently. All the other restaurants would do the same thing — show the food, talk about the price and tell you when to turn. We decided to use humor and not show the food, because anybody can put up a picture of a chicken sandwich. We wanted to use billboards to build the brand. One of the first appearances of those cows was at one billboard at the 1996 Olympics. They were painting the billboard, and it was a huge hit. So we used them in other locations, and there was a lot of buzz and media coverage, and when two of the cows were actually stolen off a billboard in Chattanooga, that made headlines, too.

What’s special about those cows?

Our “spokesbovines,” if I can use that term, have never been shills for the company. They are just out to protect their own hides. They just want people to eat chicken instead of beef, and they can’t spell, and there’s unexpected humor involved. All that’s important. It’s why they are so endearing. They proved to be so popular that we’ve been able to spend only a fraction of what our competitors spend on advertising. You don’t see Chick-fil-A on TV commercials, for example.

On the less endearing side of things, you write in Chapter 10 of a “public relations crisis” that the company faced in 2012. Although you never specify the nature of that crisis, the reader has to assume that it involved your CEO Dan Cathy’s statements opposing same-sex marriage. He said, for example, that the United States is “inviting God’s judgment on our nation” by making same-sex marriage legal. Millions of Americans, especially millennials, find the positions your CEO associated with the company to be deeply offensive.

That was Dan Cathy’s personal opinion, and he is entitled to it. Chick-fil-A does not get involved in social and political issues, and it has been the company’s policy for as long as I was associated with it to provide an inclusive environment to its employees. I can only speak for the years in which I was with Chick-fil-A, but it has attracted a base of employees that is highly diverse. As for customers, it is part of our culture — and explicitly so — to treat everyone who comes in our doors “with honor, dignity and respect — regardless of their belief, race, creed, sexual orientation, or gender,” to offer “gracious hospitality.” We owe a lot of our success, I believe, to the fact that people sense that when they come to one of our locations.

That’s correct, and Chick-fil-A has never made a secret of its values and their origins. The company doesn’t get involved in religious or political controversies. But because it is privately owned and doesn’t have to answer to analysts, it has been easier for it to remain true to its roots. And none of this should surprise anyone. After all, this is a company that is closed on Sundays. Truett Cathy said that if he had to work on Sundays, he was in the wrong business, and he wanted to attract employees who felt the same — who wanted to either worship on that day, spend time with their families or just rest. The company has never tried to hide any of that.

Related article – ‘League of Wives’ Was a Grassroots Movement