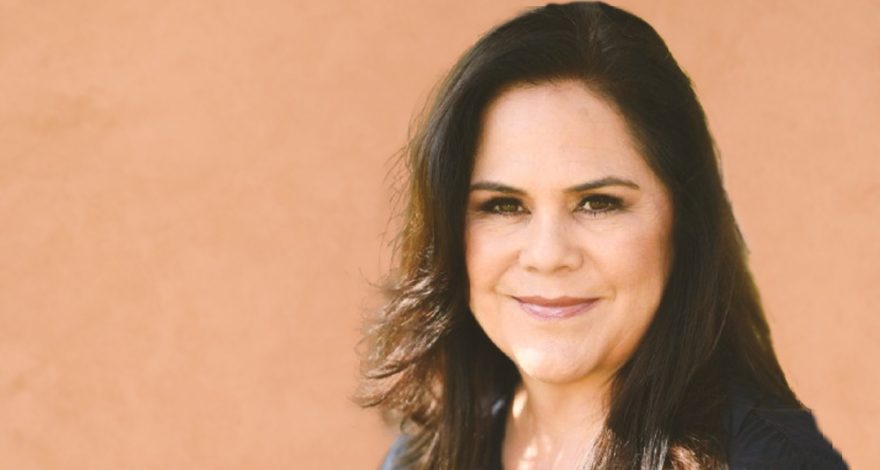 Until she was elected to the California State Assembly in November to represent District 57 in Los Angeles County, Lisa Calderon was government affairs manager, PAC and political compliance, for Edison International, where she had been employed since 1996. A native of Sacramento, she also was an assistant to Willie Brown, longtime speaker of the State Assembly, from 1990 to 1996. Calderon resigned from Edison International on Dec. 4 and was sworn into office on Dec. 7.

You’re the child of farm workers, so getting elected to the California State Assembly sounds like a big step. Does it feel that way?

I have vivid memories of visiting my grandmother in the tomato fields when I was a child. The whole valley was agricultural fields and rows of tomatoes and cotton. I would wait for her at the end of the field when she took her lunch break. Picking tomatoes is extremely difficult work, and it’s an image of her that stays with me. It is a fond memory of her because it reminds me how hard she worked so her family would have an opportunity for a better life.

You’ve worked in politics and public affairs your entire career. You’ve been around politics and politicians, with your husband having been speaker of the California Assembly twice, and you’re succeeding your stepson in representing District 57. So, after all you already knew, what surprised you about being a candidate for office?

I’m not sure it surprised me, but I was troubled by how polarized voters are. Mine is a pretty blue district, and people wanted to know if I am a “progressive” or a “moderate,” and I don’t feel comfortable labeling myself. I just don’t like labels. I want to respond on the basis of facts. And I realize that my job is to represent the district that elected me. My district is a safe Democratic seat, but it is not monolithic. One city went completely red, voting for Trump. I want to talk to all sides, and I understand the importance of negotiation, of compromise and of winning partial victories on a legislative issue.

So you know how the process works — “how the sausage is made”?

The biggest influence on my approach to office is definitely my husband. A lot of the work is done [on the phone] in the car, and I would sit and listen and learn that whole time. My husband wrote the legislation creating the California Earthquake Authority, and that was a two-year process. So I heard it all play out. I also worked for Speaker Willie Brown Jr., and I have tremendous respect for him, from whom I also learned a lot.

He is a snappy dresser.

He is, and I never felt like I was dressed well enough when he was around. I also met Kamala Harris in those days, and my impression of her was very favorable. This was in the early ’90s, and she was smart and lovely. I got a good feeling from her because she was a female African American lawyer, and she was impressive to me.

You majored in business marketing but ended up in politics and public policy. How did this come about?

When I was in college in Sacramento, I was a waitress at a restaurant near the Capitol that was a hangout for politicians, for people who worked in state government and for lobbyists. I worked there because the customers were known to be good tippers, and they were. But when you are serving people food, you hear a lot of what they are talking about. I’d hear them talking about candidates, campaigns and policy, and it piqued my interest. And I guess I was hooked, which definitely proved to be the case when I worked for Speaker Willie Brown Jr.

You became involved with the Council after taking over Edison International’s PAC in 2000, right?

Yes, my predecessor had retired, so I had to take over the PAC, and it was all new to me. There was no handbook telling me what I needed to know. So I went to the National PAC Conference, and I’ve been going every year, give or take a few. It was through the Council that I learned how to be a PAC manager for a Fortune 500 company. I also earned my certificate in PAC management from the Council. The entire experience has been invaluable. It is like a big family — not just staff, though they are great, but also peers. I cannot tell you how often I have turned to staff or to peers as a resource. I’d absolutely recommend the certification program.

You’ve spent more than 20 years working for an energy company. What do you foresee for energy policy from a Biden administration?

The average person flips a switch and the light comes on, and they don’t think much more about all that is involved to make that happen. But it is energy policy that makes that and so many other things possible. And I see a tremendous opportunity awaiting us in this new administration, not just in clean energy but in clean energy jobs — in vehicle electrification, in smart homes and smart buildings, and in the need to strengthen our grid. We have to strengthen our grid because there are cyberattacks being made against every industry. So this can be a time of great advancement for us and great opportunity.