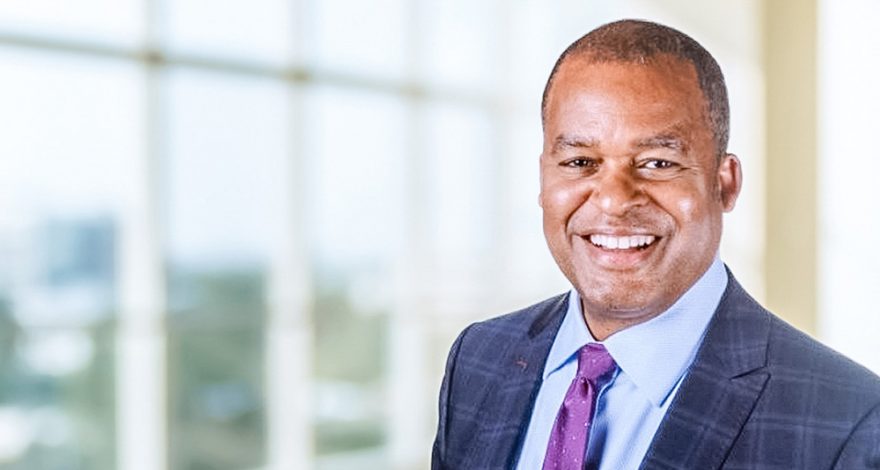 Mantill is an interesting name. What’s the story there?

I’m the only Mantill I know of, too. From what I understand, my aunt suggested it. She was watching a New York Mets baseball game, and the Mets had a player named Felix Mantilla. My aunt liked the name Mantilla, but she and my mother decided you couldn’t have my name end with that “a,” so they dropped it, and I became Mantill. My brothers and I all have first names that start with “M,” so that was a factor, too.

You went to West Virginia University, home of the famous “People Mover.” Did that have a role in your later work in public transportation?

No, it’s a coincidence, but the West Virginia University (WVU) PRT – for personal rapid transportation – was an early and convenient way to get you from one campus to the other. Initially, my experience there had no real connection to my work in public transportation, beyond my academic work. I’m from St. Louis and transferred from the University of Missouri to WVU, where I got a master’s in public administration. In a sense, public transportation found me.

Early in my career, I worked for the American Trucking Associations and eventually for the American Automobile Association (AAA). That led me where I am today at APTA. I like working in transportation because the issues tend to be bi-partisan. They affect everyone, and public transportation improves our quality of life. Whether you use it or not, everyone benefits. Public transportation makes for livable communities, and provides the opportunity to walk, bike or take short car trips to wherever you need to go.

When Washington, D.C., was building its Metro system, the citizens of Georgetown did not want a Metro stop in their part of the city. And Georgetown seems to have suffered as a result.

That’s right. I think the residents there probably would agree that a rail transit stop would have taken many of the cars off the road and alleviated a lot of the traffic congestion. You can still get to the stores and restaurants, but most people drive or go by bus. When the Washington Metro system was being developed, some people could not imagine how it could help the mobility of a community and provide for safe, efficient transportation.  Overall, some may be surprised to learn that a metro rail stop can be among the safest public spaces in a city. People now realize that whenever there is a rail stop, property values go up, not down.

When you mention congestion, I think of cars, and AAA was all about cars, while advocates of public transportation always talk about getting cars off the roads.

It’s not an either/or choice, but it is important we provide multiple options for travelers. At APTA, we want people to be multimodal. We believe public transit can be the backbone of a new mobility system that includes ride-sharing, autonomous vehicles, electric cars, scooters and other evolving technologies.  Today, cars are still the number one choice, and APTA and AAA have actually partnered on some projects. Even those at AAA will agree, when you are traveling throughout some cities, sometimes driving your own car isn’t always the best option.

Back when the new administration took over, there was a lot of talk about rebuilding America’s infrastructure. This must have been highly encouraging to the advocates of public transit.

Yes, it was encouraging. We are starting to see more bi-partisan talk about funding infrastructure.  It may be an issue where both Republicans and Democrats can agree.  It is important as we look at a possible infrastructure proposal we need to make sure we are not looking to reduce investment in some forms of public transit to pay for increases in other forms of transportation.  We need more funding for public transit, not less.

What do you do when you’re not at the job?

I’m really health-conscious so I work out and my wife and I like to go on long walks.  Alexandria and the D.C. area is great for that, with museums and concerts and sporting events. We have become big Nationals fans and, reluctantly, a Redskins fans. We are getting into hockey, and it was fun that the Caps opened up the arena during [playoff] away games so the fans could watch the games on the Jumbotrons as a community. And they’ve built a new soccer stadium for D.C. United. We are excited about that. The concerts are great, too. We saw Wynton Marsalis’ performance at the Kennedy Center. And we saw the musical “Ain’t Too Proud to Beg,” a biographical story about the Temptations. In Washington, we like to do things tourists do. A good public transportation system makes that possible.