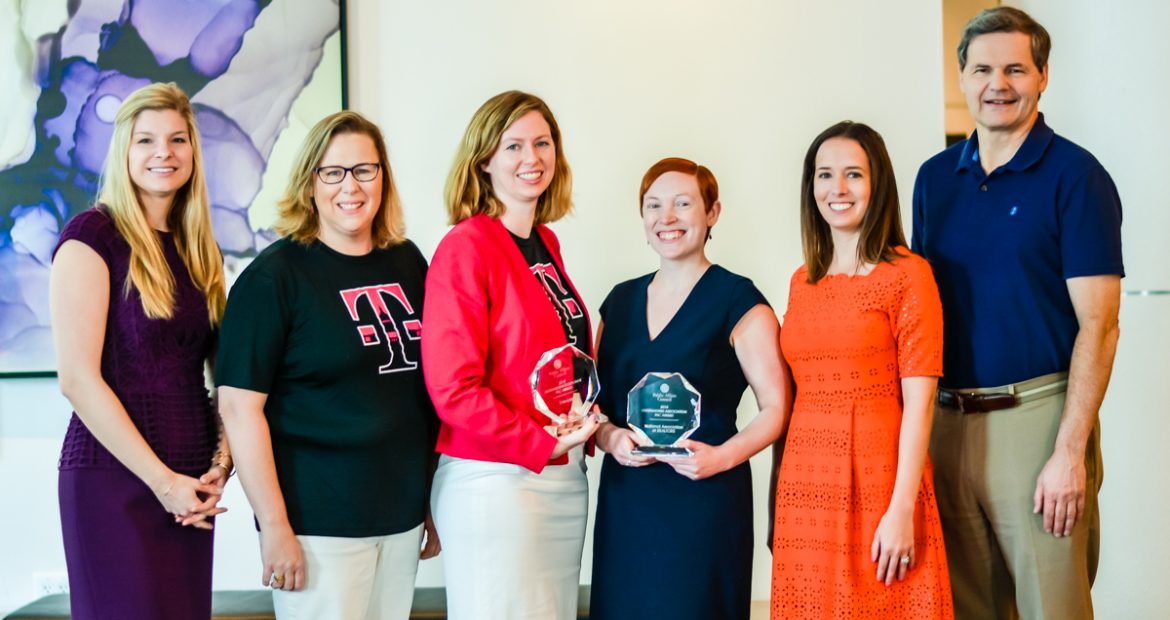 This year’s Public Affairs Innovation Awards, which recognizes outstanding corporate and association PACs, went to T-Mobile’s T-PAC and the National Association of Realtors PAC (RPAC). Both PACs found imaginative ways to raise awareness of the PAC and its contributors while increasing engagement.

“We’re never disappointed by the level of dedication and innovation that we see from our winners,” says Kristin Brackemyre, the Council’s manager of PAC and advocacy practice. “T-PAC and RPAC faced challenges with branding and recognition, respectively, and set to work to elevate the work of their PACs, having a bit of fun along the way.”

The winning PACs were recognized in Miami on March 6 during the 2018 National PAC Conference.

When evaluating employee PAC communications, T-PAC knew a targeted approach was important. “We revamped our PAC communications to tailor messages to the intended recipient,” says Tony Russo, T-Mobile’s vice president of federal legislative affairs and T-PAC’s treasurer. “So, for example, when we’re asking people on our finance team to participate in T-PAC, we always try to mention policy matters that are of interest to their daily work.”

The Un-carrier “rebranded itself a few years ago, and T-PAC was lagging behind,” Russo says. “The PAC is part of the business that’s doing great work for the company and we wanted to be visually aligned with the brand. We have now done that, and we’ve built our credibility with leadership so that, little by little, we now have the resources we need to do our job even better.”

In June 2017, the National Association of Realtors PAC (RPAC) launched an initiative to recognize contributors while increasing the PAC’s visibility among the professional association’s 1.3 million members.

‘We Call Them Investors’

RPAC’s leadership posed the idea of using social media for investor recognition, which PACs have often been reluctant to take full advantage of, fearing they will run afoul of the Federal Election Commission. “PACs are only allowed to solicit contributions from eligibles,” says Liz Demorest, PAC fundraising manager for RPAC. “Social media is public in nature, and some PAC staff are hesitant to do anything that might go beyond the eligibles and could look like a solicitation. That’s an understandable concern, but as long as you know what the rules are and abide by them, you can post PAC-related content on social media.”

With that in mind, after consulting with PAC leadership and legal counsel, the RPAC team created social media profile filters that contributors can use on their own, as Demorest has done with her Facebook profile picture. “Other advocacy organizations have used the Twitter tool Twibbon to create their photo filters, but we wanted to maintain more control over the promotion and use of the graphics,” Demorest says.

“We ultimately decided to use the photo filters to recognize our Major Investors — our name for over 9,000 members who give at least $1,000 during the year. We call them investors, by the way, because we view their contributions as an investment in their career and the future of the real estate industry as a whole.” RPAC encourages other PACs to adopt similar programs, especially if their members are already active in social media.

RPAC’s photo filter program rolled out in mid-June 2017, and the results speak for themselves. By year’s end, over 2,100 of the organization’s Major Investors — about 23 percent of those who made the $1,000-plus contributions — were using it to update their social media profile photos. “We have started offering new graphics for 2018,” Demorest says, “and we fully expect even more of our members to participate.”