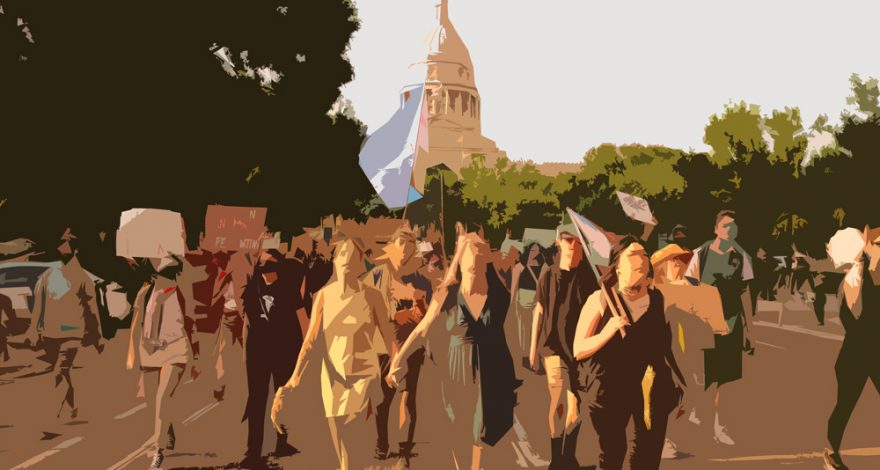 Companies Prepare for Court to Strike Down Roe v. Wade

While the news media waits to see how corporate America will react to changes in abortion laws, few firms are viewing the expected demise of Roe v. Wade as an opportunity to hold a press conference or issue a public statement.

But that doesn’t mean they’ve been sitting on their hands. In fact, well before Justice Samuel Alito’s draft majority opinion was leaked on May 2, a slew of major public companies had already taken private actions.

Those actions were more likely to be driven by human resource priorities than political concerns. The first wave came after passage of a controversial Texas law prohibiting abortions after six weeks of pregnancy and placing enforcement in the hands of private citizens. In September 2021, when the law took effect, Salesforce told employees living in Texas that if they were concerned about access to reproductive care, the company would pay to have them relocated. At about the same time, Uber and Lyft both announced they would cover legal fees for drivers sued for transporting passengers to receive abortions.

Citigroup announced in a March regulatory filing — not in a major press release — that it would begin providing travel benefits to preserve employee access to health care services.

A month later, on April 12, the same day that Oklahoma Gov. Kevin Stitt signed another restrictive anti-abortion bill, Yelp said it, too, would cover expenses for employees and dependents to travel elsewhere for abortions. Uber and Lyft also got on board with similar policies, while extending their legal fee commitment to drivers in Oklahoma.

Then, on May 2, just hours before the leak of Alito’s opinion, Amazon announced an expanded version of its travel benefit that would cover not only abortion-related travel expenses, but also certain other health services unavailable close to home.

Two days later, Levi Strauss & Co. announced plans to subsidize travel for both full- and part-time workers. Joining these companies in May were Microsoft, Apple, Mastercard, Bumble, Match, Starbucks, Tesla and others.

All these actions, and how they were communicated, underscore the point that different companies face different social and political conditions. Levi’s is a consumer brand with a long history of social activism. That’s why its public statement on abortion, “Protecting Reproductive Rights — A Business Imperative,” is prominently displayed on its website. Other companies have stakeholders with a wider range of political views, so their emphasis has been exclusively on helping their own employees.

Corporate actions taken to date demonstrate that the best way for a company to address important but controversial issues is often to focus more on doing something than on saying something.

This is true for many reasons:

It’s clear that navigating social issues won’t be getting any easier for many firms. In fact, business engagement in these issues already has caused Republican voters to hold less favorable views of major companies. According to the Council’s 2021 Public Affairs Pulse survey, by a margin of 51% to 44%, Democrats are now more likely than Republicans to trust political information they receive from business.

That’s also a major reason why it’s getting harder for elected leaders and businesses to “agree to disagree” on social issues and then vow to work together on other matters.

As a result, companies with politically moderate or progressive workforces located in red states such as Texas, Georgia and Florida are finding themselves caught in the middle between employees who want them to do more to fight for voting access, gun safety and civil rights, and Republican-dominated legislatures and delegations accusing them of “woke capitalism.”

So what should public affairs leaders do in these situations? As noted in the Public Affairs Council’s Strategic Guide to Social Issue Engagement, companies should follow a systematic process for identifying: (1) issues for which they are willing to lead, (2) issues they would like to support as part of a group, and (3) issues that require further monitoring before the engagement decision is made. As we point out in our guide, “This is often the most difficult decision because under- or overstating one’s commitment can damage the firm’s reputation.”

There are many factors to consider when deciding whether and how to respond to a social issue, including:

The bottom line is that choosing to weigh in on the abortion debate is not a binary decision. When formulating strategies, there are many shades of gray between black and white. How vocal and proactive a company chooses to be on the matter will depend on its unique business environment — and its understanding of how stakeholders will respond.