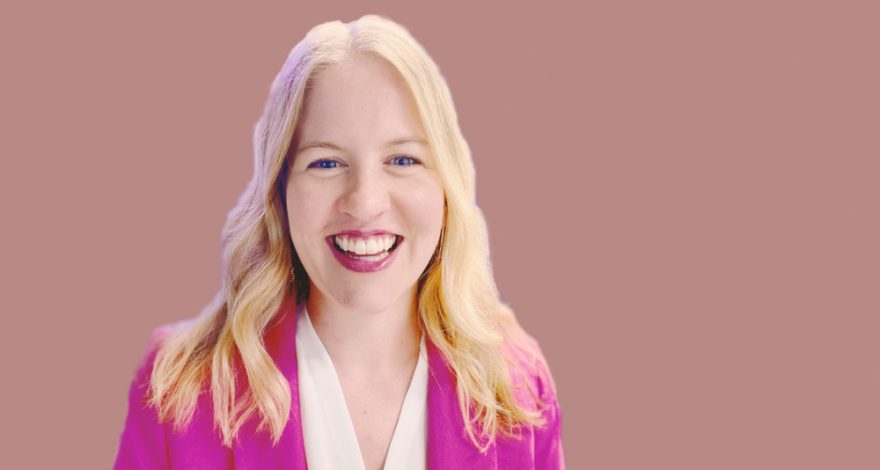 Albany, New York. I was born in Bridgeport, Connecticut, but grew up in Albany.

What was your first political awareness?

In elementary school, we had to mock up a Time magazine cover, and I put my face on the cover as the first female president of the United States. If I had an agenda, I can’t remember what it would have been.

This is an incredible time in the world of sports betting — and online betting. Not so long ago, if you lived in the Washington area and wanted to gamble, you’d have to drive to the horse tracks in Maryland or find a bookie. Or go to Atlantic City. Now it’s ubiquitous and you can do it on your phone.

It’s incredible and very exciting. In 2018, the U.S. Supreme Court ended the ban on sports betting, and now it is legal in 32 states and the District of Columbia. So you can only imagine the amount of work that went on at the state level to get sports betting not only legal but operational — plus all the regulations involved. And I should explain that horse racing and sports betting aren’t viewed the same in the law. Sports betting per se includes baseball, basketball, football, hockey — like that, not horse racing. They’re regulated differently.

How soon do you anticipate other states legalizing sports betting?

I’ll leave the predictions to the experts, but I do know that a number of states keep putting it on the ballot and coming closer and closer to passing it. We have an interactive map on our website that tracks what is going on where with legalization. It’s a great resource to see the growth of sports betting across the country.

The huge boom in online betting has met with a backlash against it, especially during the pandemic when a lot of people are at home. Some critics say it should be treated the same way alcohol is. Your response?

Sports betting is nothing new. It has always gone on, and we believe it should be properly regulated and taxed — with important tax revenues going back into states and communities. We also think there should be protection for consumers. We don’t want a situation where a sports bettor gives their money to a bookie or offshore site and they just disappear, and there is nothing the bettor can do about it. Illegal operators lack protections and we’re focused on moving bettors into the legal, regulated market.

We also have a responsible marketing code for the industry, that sets self-imposed standards for sportsbook advertising like target audiences, outlets and materials branding.

You’re a graduate of American University in Washington. Can you talk about an experience there that shaped the way you understand and approach your work now?

Yes, there was an excellent program where seniors in journalism, in videography, and in PR and communications (like me) were sent on teams to cover the 2008 presidential primaries in New Hampshire. While there, we did a documentary on how veterans of the armed services were voting. It was a great experience because it showed me how journalists are trained to do their work, and it is so important to know that if you are on the comms side of things, as I am. It was also a lot of fun to see Barack Obama in his early days on the campaign trail — even though Hillary Clinton won that primary. (John McCain won the Republican primary.) Mine was a very Washington education, which makes it no surprise that I’m a Washingtonian now. You know what they say about that?

No, what do they say?

I was told that if you stay in Washington for more than eight years, you’re officially a Washingtonian, because you’ve survived more than two presidential terms. I’ve lived here since I was an undergraduate and, I guess with four presidents having come and gone, I’m a Washingtonian by that standard.