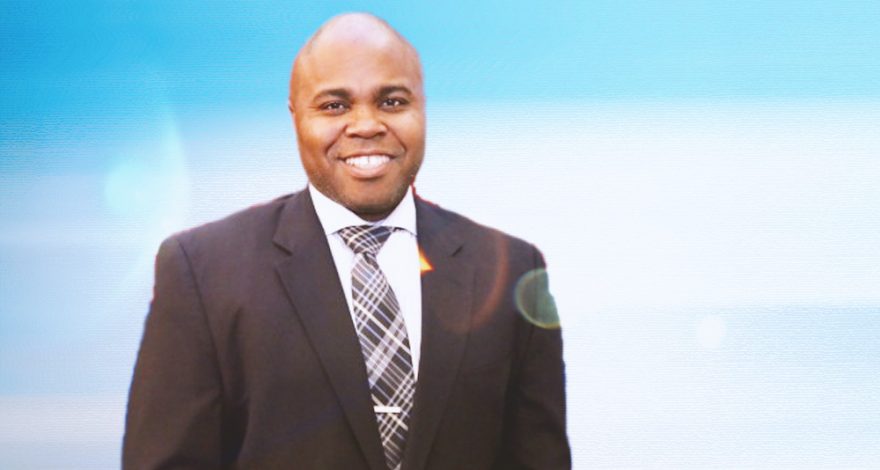 You came to Capitol Hill at a historic moment. Tell us about that.

I first came to Washington as an intern in the Clinton White House. I joined ROTC in college and completed my service in the Army as first lieutenant. I stayed in Washington, began to fulfill a childhood dream of a career in public affairs — in advocacy — and at the same time joined the Army Reserve. On 9/11, my unit was mobilized as part of the National Guard, protecting the Cannon, Rayburn and Longworth House office buildings. That was a historic time to be in Washington and a sobering one.

What can you say about that?

As anyone who was on Capitol Hill and in Washington generally before that day and then afterwards knows, the atmosphere has changed. Capitol Hill and the area around the White House doesn’t look or feel the same as it did. There are barricades and other security measures in place, and for a good reason. But events like that have a profound sociological effect. There was a loss of innocence. People no longer felt as safe as they had before, and when that is the case, they seek safety. And that has changed our politics.

Because people don’t feel safe, too many political partisans play on that fear to keep us in line. They try to make us feel that the only way we can be safe is by staying on their team. People end up deeply and needlessly divided from each other, and it isn’t healthy. And there has been a series of events since then that have kept people feeling vulnerable and at risk. There was the anthrax scare, the Iraq War, Hurricane Katrina, the George Floyd murder and everything that went with it, all of them making people feel unsafe. There is a lot of fear out there. It is fashionable to blame this on social media — on the way people get their news and opinion only from one side or the other — but I think social media has only magnified this sense of fear and the things that divide us. Social media is just a megaphone.

And yet you remain hopeful?

I do. I’m a true believer, in a sense. That goes back to something important in my family history. My mother, who is a nurse, had me when she was 16. I am so proud of her and the resilience she has shown me by example throughout her life. So I was raised by my mother and my grandmother and an uncle. (My father was a Marine, but I didn’t meet him until many years later.) When I was 8, my grandmother, who I was very close to, got sick. The doctors gave her maybe two years to live. They were wrong about that. She lived for almost 30 years after that, but as her health deteriorated, she needed long-term care. We were living in Mississippi, and the only place she could get the long-term care she needed was in faraway places like Arkansas or parts of Alabama. That would have been six hours away, and for a woman as family-oriented as she was, being that far away from her loved ones would be a death sentence. Now it turns out my mother found a long-term care facility that had the care she needed in Louisiana, only two hours away. This was doable. Unfortunately, Louisiana didn’t accept Medicaid patients from other states at that time. By this time, in 1998, I had a staff position at the White House, and I was actually able to work on her case.

I got to act on this as part of my caseload in the White House federal liaison office. My assignment was to act as a contact between the Health Care Financing Administration — what is now called the Centers for Medicare and Medicaid Services — and all the state and local agencies involved. And we got Louisiana to accept out-of-state Medicare patients. I learned from that experience that people who care — whether they are Black or white, Democrat or Republican — can get things done. That really impressed me.

You’ve also said your grandmother was important in your career choice.

She was. She raised me on politics. I remember we’d watch the nightly news with Tom Brokaw and Jessica Savitch and talk about the news. I remember the first time we talked about politics, which was when President Reagan was elected. I was maybe 7 or 8 years old. So I’ve always been interested in politics, and by the time I was 13, I wanted to get to Washington and make my contribution in the advocacy world. I attended Boys State, which focused on civic involvement as well. When I started college, I was a computer science major and absolutely hated it. So I transferred to political science, which I loved. I also served on the student judiciary committee at the University of Southern Mississippi.

You’re doing a lot through AIA at the local and state levels. What issues is the association involved in that might surprise us?

Building codes and professional licensure issues are being addressed daily by our state and local components. At the federal level, we are engaged on issues involving affordable housing, our national infrastructure, climate action and resiliency. These are big policy decisions. I am so privileged to work with great people in our advocacy department who believe positive change can happen on all of our policy objectives.

You are a big believer in working with local, county and state officeholders?

I am. It is important to develop strong relationships with local officials, in part because so many of them move up to state and federal offices. And when they are at the local level, they are accessible in a way that they might not be as they move up to higher offices. By the time they get to Congress, for example, they have a big staff and direct contact is more difficult. But if you’ve already developed trust with them, you have a ready-made relationship. You don’t have to start from scratch.

You mentioned earlier the polarization that characterizes our politics these days. What effect does that have on people who actually work on Capitol Hill or the White House or federal agencies? And the public affairs professionals who interact with policymakers?

I think there is a good deal of burnout resulting from the poisonous nature of so much of our politics these days. That plays a role in what people are calling “the Great Resignation.” And mostly people talk about that as a bad thing. It has its downside, but this is also a time of great opportunity for public affairs professionals. That explains some of the turnover. Elections explain far more. Whenever Congress flips, a lot of Hill staffers have to find other jobs, and new people get opportunities. There was a big turnover in House staff jobs in 2021 — the highest in decades, apparently — and if the pundits are correct, there will be a big turnover come November. My greatest hope is that regardless of the outcome of the upcoming election, everyone will focus on building that “more perfect union” described in our Constitution. We must do better, and we can do better!