The Truth about What I Do: My Quest to Get the Facts Out About Political Action Committees 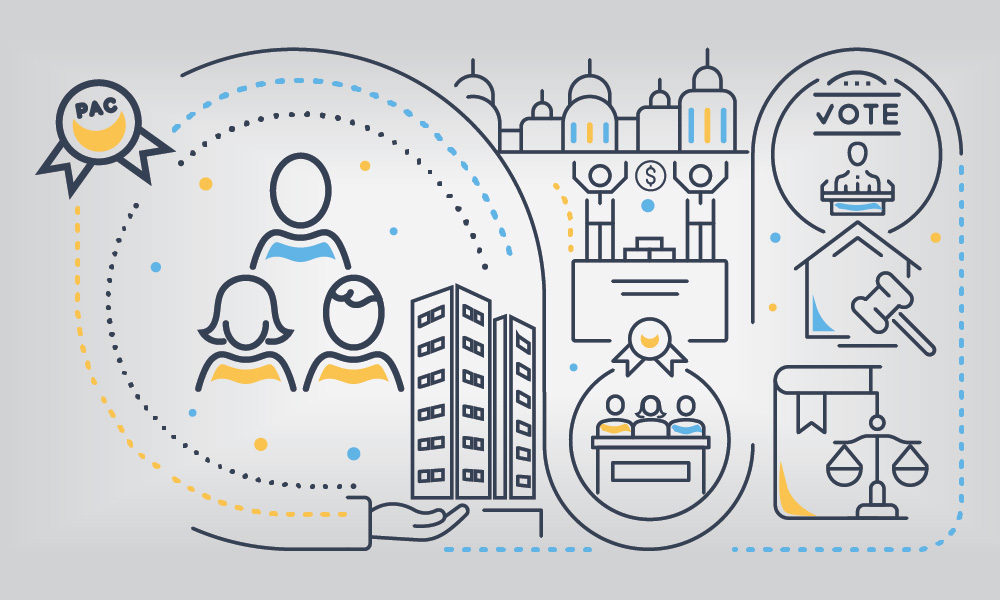 The Truth about What I Do: My Quest to Get the Facts Out About PACs

For those of us with careers in PAC and political affairs, these are common questions we face when venturing home for the holidays and talking with friends and family removed from the government relations and campaign space. When you work in this world, you get used to the polite, but somewhat disapproving responses as well as the more pointed questions when it’s automatically assumed you are part of “dark money” operations permeating our campaign finance system. I’ve always tried to debunk the most egregious myths about political action committees (PACs) and the role they play in the political system. But now, nearly eight years after the Supreme Court’s Citizens United decision, and against a backdrop of growing numbers of candidates that have pledged not to accept corporate PAC money, it’s more important than ever to get the facts straight.

Understandably the public is frustrated by our existing campaign finance system, but much of the increased animosity toward corporate PACs, particularly from candidates, is misguided. Over the next few months, I will outline key points explaining the incredibly important role of traditional PACs. We absolutely should have a national conversation about corporate political involvement and campaign finance—it is long overdue—but it’s also increasingly important to first understand some of the myths framing the current conversation.

First, let’s review the regulatory framework PACs operate within including the strict financial and reporting requirements. It’s not new, it has been largely unchanged since the Federal Election Campaign Act (FECA) of 1974. The 2010 Supreme Court Citizens Uniteddecision gave rise to independent expenditure-only committees or super PACs, but that in no way affected traditional PACs connected to an organization such as a trade association or corporation, and this is often at the heart of the misinformation about PACs.

Here are the facts:

Corporate PACs are not funded by corporate money.

Corporate PACs represent the most transparent money in the campaign finance system.

The U.S. has a complex campaign finance system and the confusion is understandable. But what Americans are likely frustrated by is the rise in spending among super PACs and other independent expenditure committees that as a result of the Citizens United decision can spend unlimited sums of money supporting or opposing candidates or policy issues. Super PACs are largely funded by independently wealthy individuals who can give unlimited contributions to these groups, not individuals subject to a $5,000 annual contribution limit of a corporate PAC. Many of the very candidates who took the “no corporate PAC money pledge” significantly benefited from an influx of largely untraceable super PAC spending on their behalf.

As I mentioned, a national discussion around campaign finance reform is welcome, but corporate PACs have been heavily regulated and transparent for decades, and they are not the problem. I look forward to continuing the discussion.