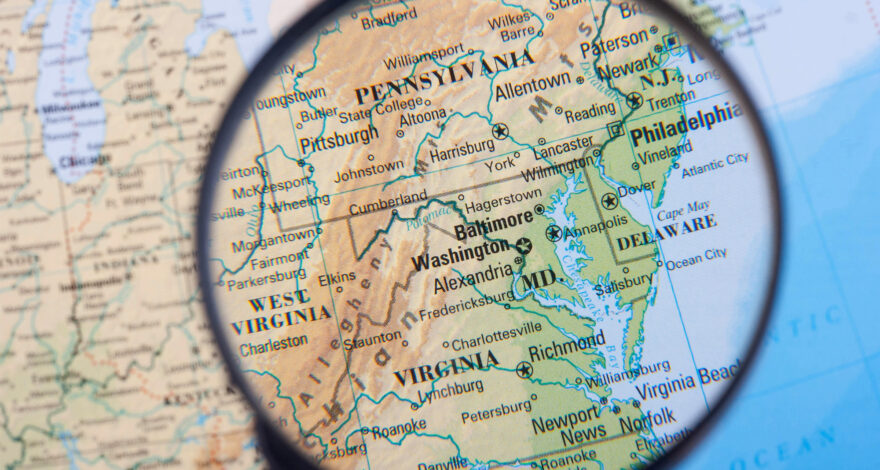 In case you missed it, the midterm elections came and went, and the absence of a “red wave” left pundits scrambling to explain why their predictions were wrong — and what it all means. On this much, everyone seems to agree: Majorities in Congress are slim, so gridlock will continue, with no easing of the bitter partisanship that has come to characterize American politics.

So, now what? The results of the November elections “definitely shift focus from the federal government, where things have already slowed down, to the states and localities,” says Melissa Horn, the Arthritis Foundation’s director of state legislative affairs.

“Thin majorities, political polarization, and changes in leadership and committees in Congress likely will make it harder to enact policy at the federal level,” adds Horn, who, until late in 2022, had worked in state and local government affairs for the National Association of Realtors for nearly eight years.

Joel Baise, senior director of state and local government relations for Walgreens, agrees but adds another wrinkle or two. “Whenever Congress is divided like this and gridlock continues, corporations and other organizations look to the states to lead and implement policy change,” Baise says. “Conservatives will go to red states with their bills, and progressives will go to blue states with theirs, hoping to create waves. States such as California and New York will pass legislation, with advocates hoping this will lead to comparable action in other states, while Texas and Florida will do the same, hoping to see ripples in other red states.”

But even if the hoped-for ripples do not result, “what happens in those states can have a considerable impact on a company as large as ours, with as big a presence as we have there,” Baise says. “What happens might not be national in scope, but it can still be significant.”

Even then, there are hurdles. “What is easy to overlook is the extent to which the partisanship we’re seeing in Washington can be just as intense at the state level as it is at the federal level,” says Anna Platt, the Council’s senior manager of government relations. “It’s not like a lot of people are splitting their vote when they enter the voting booth, though certainly some voters do, as we saw in the midterms. And you can’t assume more agreement among members of the same party than is the case. There isn’t necessarily a lot of agreement between the Senate Democrats in Washington and those in the House — and the same goes with Republicans. Members of both parties in both chambers won’t necessarily move in lock-step.”

Progressive Democrats in the House “wanted something more sweeping in the 2022 Inflation Reduction Act than their counterparts in the Senate, where the Democrats there were more concerned with what they could actually get passed,” Platt notes. “Compromise at any level of government is hard enough to reach when you have a big majority. When a majority is slim, it is even harder.”

Peter Shelly, partner and co-founder of Shelly Lyons, a public affairs firm in Harrisburg, Pa., says the legislature in that state, for example, is “as tightly contested and as bitter as Congress. House Republicans here have just formed their own state-level version of the Freedom Caucus, so it is unlikely that they have any intention of moving toward the middle to work with the Democrats here.”

With the Supreme Court shifting the abortion issue to the states, and other social issues likely to follow, “the stakes in some respects are higher than ever,” Shelly adds. “This, too, will complicate matters. Under Trump and Biden, a lot of stimulus money flowed into the states, but that’s over and we are probably heading for a recession. Here in Pennsylvania for now we have a surplus, but that could easily turn into a deficit, and 2024 being an election year, nobody will want to raise taxes or cut programs. Things aren’t likely to get any less bitter.”

Just as stimulus money has dried up, a lot of COVID-19 emergency measures are expiring. “A lot of the action back at the beginning and height of the pandemic was at the executive level (with governors and mayor), given the emergency orders they needed to put in place to address the coronavirus,” Horn says. “With those orders expiring, the legislatures will need to evaluate whether to codify those health measures permanently into law. One example would be telehealth policy and access to health care. This elevates the importance and power of the state legislatures and with every state having a legislative session in 2023, the stakes will be higher.”

The Economist sees the same challenges looming. “With Washington gridlock,” the publication’s Schumpeter blog reported in early November, “the states are turning into strongholds of ideological unity and taking matters into their own hands.” In the run-up to the midterms, only 12 of 50 states had divided government, leaving companies “in the tricky position of trying to appease both deep-red and deep-blue states at the same time,” creating a “state-by-state minefield.”

But, with sufficient ingenuity and professionalism, the mines can be sidestepped. “Here at Walgreens, we and a number of other companies are promoting the INFORM Consumers Act at both the federal and state levels,” Baise says. “The legislation, if enacted, would target the online sales of stolen goods, which is a big problem for retailers — an organized crime problem.”

Over the past two years, “the bill has passed in 13 states, and our approach to the legislators is different, depending on whether it is a red or blue state,” Baise explains. “With red states, we position the act as being tough on crime, which of course it is. But in blue states, we emphasize that it protects the public, the consumer and the worker, which it also does. It is a matter of emphasis.”

A Time for Patience

And no matter what party legislators belong to, they are all human. “The first several weeks of any new legislative session are busy and hectic times, especially for newly elected members,” Platt says. “People are just figuring out their new roles, even if it just means a change in committee leadership. So, you have to be patient, especially with newcomers.”

Government relations professionals are understandably eager to establish relationships with lawmakers and their staffs, “but this can take time — particularly when the relationship hadn’t been forged before the legislator came to Washington or a state capital,” Platt notes. “In those first weeks, many of them won’t even have filled out their staffs yet. They are still hiring. They likely have a chief of staff but a sparce or no legislative team in place — and that’s the team you most need to connect with.”

Be careful not to “overwhelm a legislator’s office at first, because that can have the opposite effect that you want,” Platt says. “When you do try to develop that relationship, you always need to make sure that the relevance of your organization — what a big footprint it might have in that member’s state or legislative district — is made clear to them.”

“As a lobbyist, I can deliver the facts and figures about any given policy issue to our newly and re-elected officials, but what makes the issues real are people’s experiences. That’s why I want to be the microphone for someone who has a story to tell and encourage advocates to talk to their elected officials.” Says Horn. “At the Arthritis Foundation, the most persuasive thing we can do this year and every legislative session is tell patients’ stories to make sure people from all backgrounds have a voice in the process.”