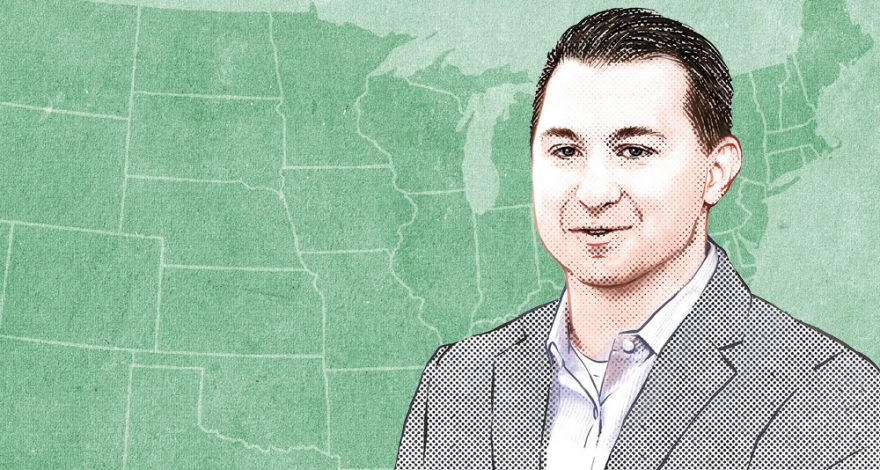 What If It’s All Wrong? 2022 Election Edition

It’s about this point every two years when I start to freak out. More specifically, I start to second-guess myself and what we’ve been saying about an election for the preceding 18 months. I start to ask: “What if it’s all wrong?” And this cycle is no different.

For more than a year, I’ve written thousands of words and told dozens of groups about how Republicans are going to have something between a good year and a great year in 2022. That includes the GOP winning at least control of the House, and most likely the Senate as well.

Confidence in those projections is rooted in two clear data points: Midterm elections typically go poorly for the president’s party, and Democrats have no room for error because of their narrow majorities in Congress.

On one level, those projections seem just fine.

President Joe Biden’s job rating remains abysmal. He’s got a 39% approval rating according to FiveThirtyEight and 39.5% approval according to RealClearPolitics, and it’s been static or trending in the wrong direction for most of the year. There’s also no current or historical evidence that Biden’s political standing is going to improve dramatically between now and November, which is usually critical to a president’s party’s chances in the midterms.

I also remind myself that even though it’s popular to say that nothing matters until closer to the election because voters aren’t paying attention, or to bemoan the time and distance before an election, early projections are often accurate.

Examining our own political analysis over the last two decades, it shows that even a year out from an election, it’s possible to accurately identify the direction of an election cycle — even if the magnitude or specifics are unclear. It’s even less likely that the trajectory of an election is going to turn 180 degrees in the few months before an election.

And yet there are seeds of doubt.

There’s a clear gap between Biden’s job rating and the national generic ballot, as well as a gap between Biden’s standing and Democratic incumbents, who are performing better in many individual races. There’s the Democratic candidate’s overperformance in Nebraska’s 1st District special election in the wake of the Supreme Court’s Dobbs decision, coupled with the narrative that Democrats are closing the enthusiasm gap because of the reversal of Roe v. Wade. High turnout in Kansas and the resounding rejection of an abortion ban can’t be ignored. And then there’s evidence that high-profile Republican candidates are struggling around the country including in Ohio, Pennsylvania, and Georgia.

Is it all noise? Or is there mounting evidence that the early projections were premature and this will be an atypical midterm election?

I keep wondering whether we’re on that exact journey, currently somewhere between stage four or five and 2022 will fall in line with other midterms when the president’s party is punished. But I also don’t want to be stubborn and ignore a shifting landscape.

Up to this point, Democrats are doing much better on the generic ballot than the national environment would suggest. The ballot has narrowed and the parties are now even on the generic ballot, according to the FiveThirtyEight average and the RealClearPolitics average. Democrats would still likely lose seats in that environment, but it doesn’t suggest a tsunami-sized wave.

My instincts would be to weight Biden’s job rating over the national generic ballot, but, if forced to choose one of them when looking for predictive value, Nathaniel Rakich of FiveThirtyEight recommended the generic ballot. That would be good news for Democrats, were it not for a key piece of analysis near the end of his piece: generic ballot polling got worse for the president’s party in each of the last four midterm election cycles.

“If we don’t expect Biden’s numbers to bounce back and that same dynamic happens, that would mean about at least a 5-point improvement for Republicans on the generic ballot, to closer to +6 or +7,” Rakich wrote, “That matches our previous research finding that the president’s party typically loses ground on the generic ballot as a midterm election approaches — a trend that’s especially pronounced when a Democratic president is in office.” Historically, that margin would suggest a GOP gain close to a couple dozen seats or more.

But there’s other info beneath the surface of the generic ballot that suggests Democrats are better positioned than it might seem.

In the recent Suffolk University survey, conducted July 22-25, my Inside Elections colleague Jacob Rubashkin found that independent voters appear to be making a distinction between their current opinion of Biden and future vote for Congress. Just 34% of Independent voters gave Biden a positive rating, but the same group backs Democrats 38% to 29% on the generic ballot.

If that dynamic exists in key districts and states around the country, that could be a game-changer. Biden has been struggling with independent voters, and independent voters in key races, such as Virginia’s gubernatorial race, pretty clearly flipped from supporting Biden in 2020 to Republican Glenn Youngkin in 2021. Independent voters going for Democrats and a Democratic base reinvigorated by the reversal of Roe are the conditions Democrats need to buck the midterm trend.

But yet again, I remind myself that we don’t have national, generic elections for anything in this country. It’s a district-by-district fight for the House and a state-by-state fight for the Senate.

And if the environment were as good as this most recent data suggests, then the number of vulnerable Republican-held districts would be expanding. But there’s no evidence of that yet.

There has been good news for Democrats in a few key Senate races. If the election were held today, Democrats might win Pennsylvania, Georgia, and maybe even Ohio, where high profile GOP nominees are lagging behind. But the election is not today, and Republicans have three months to consolidate the Republican base and remind independent voters which party is presiding over the nation’s crises.

While plenty of analysis and race-rating decisions are made without specific quantitative data in the middle of an election cycle, we are about to come out of the data desert. Over the next few weeks, candidates, the party committees and partisan outside groups will be polling in earnest because they need accurate data to make key strategic and financial decisions. So the House and Senate battlegrounds will crystallize, and we’ll know whether the recent news and movement had an impact at the individual race level, which is what actually matters.

Our current projection is still a Republican gain of between 12 and 30 seats in the House and between 1 and 3 seats in the Senate. Both would be enough for control. But remember, those are what we think are most likely to happen and doesn’t rule out the possibility of outcomes on either end of the spectrum outside of that range. And, of course, those projections could change between now and November if the data point in a different direction.